Kikuyu community in Rift won't be bound by political agreements 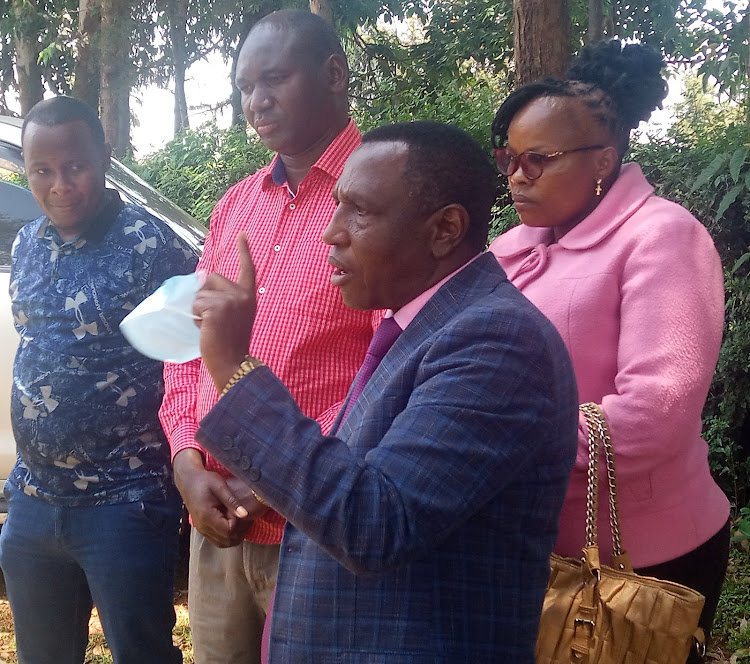 Businessman Joseph Wainaina speaks after a meeting in Eldoret on peaceful elections.
Image: BY MATHEWS NDANYI

Representatives of the Kikuyu community living in Rift Valley say they will not be bound by political agreements entered into by Mt Kenya leaders on the 2022 presidential election.

The group, led by businessman Joseph Wainaina, said members of the community in the Rift Valley had always voted with those in the Mt Kenya region but did not benefit in return.

Wainaina said they would make their own decision as residents of Rift Valley on which presidential candidate to support.

“Every election we usually vote with them but when forming the government we are always left out with no consideration of appointments of our people from the region,” Wainaina said.

Wainaina and a section of elders met in Eldoret where they said they had already decided to back Deputy President William Ruto because he understood the region and the country better than other presidential candidates.

The Mt Kenya Foundation group has held meetings with ODM leader Raila Odinga and One Kenya Alliance principals after which they are expected to retreat and name the individual they will support to succeed President Uhuru Kenyatta in the 2022 polls.

The meetings have elicited sharp criticism from Ruto and his allies who say residents of the region would directly elect the president of their choice.

“As residents of Rift Valley, we will also not be told about who to elect because we know what we need and the person who will address the challenges we have,” Wainaina said.

He said, as residents, they value peace and would ensure it prevails during the election period.

“We also urge all aspirants for various seats to preach the message of unity and peace. Elections come and go, but our country is greater than everyone,” he said.

The elders, led by Zack Kinyanjui, met with some of the aspirants and urged them to prioritise peace and unity.

Kenya’s envoy to Pakistan Professor Julius Bitok, who is eyeing the governor seat in Uasin Gishu, said as aspirants they would work for the unity of the region, which is largely cosmopolitan.

“We have a history as a region and what we now want is complete peace and unity so that even after the elections we will attract more investors and help create jobs for our youth," he said.

Bitok said the election would offer an opportunity for Kenyans to prove to the world the country’s strength as a democracy.