•Experts from NDMA, the researchers and other stakeholders with interest in Asals met in Naivasha for dissemination of findings by the six researchers.

•National Drought Management Authority Board Chairman, Raphael Nzomo expressed optimism that Africa would borrow from these researches towards enhancing food and nutrition security in the continent. 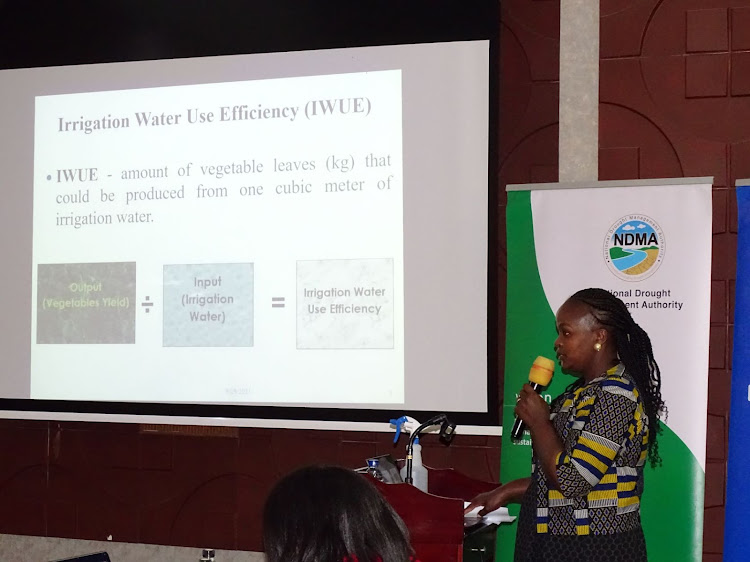 The authority has engaged six researchers who hare undertaking PHD courses at different universities in the country.

Speaking during a seminar where the researcher presented their work, NDMA Board Chairman, Raphael Nzomo said the findings of these findings would provide scientifically tested data for the institution to use mitigate drought related problems in Asal areas.

He acknowledged that most of the researchers dwelt on issues which touched on food and nutrition security at a time that production and post-harvest management is a challenge.

“This forum has been both rich and beneficial. The researchers have opened up our eyes to partnership opportunities with academia and research institutions for co-creation of innovations and patents,” said Nzomo

He expressed optimism that Africa would borrow from these researches towards enhancing food and nutrition security in the continent.

Experts from NDMA, the researchers and other stakeholders with interest in Asals met in Naivasha last week for dissemination of findings by the six researchers.

Among the catchy researches was one on mutation of dolichos beans (commonly known as njahi or black beans) and the produce’s role in contributing towards the country’s food and nutrition security.

This study was done by Stephen Kipchirchir, a technical expert at the University of Eldoret who specialises in breeding legumes.

“I was motivated by the decreasing utilisation of beans as an important food towards enhancing food and nutrition security,” said Kipchirchir

Through mutation, Kipchirchir has gotten M4 variety which he says yields twice compared to the indigenous variety.

Hanna Kamano based her research in using plasma technology to decontaminate maize from aflatoxin and narrowed her work to Machakos and Baringo counties.

She said plasma technology destroys aspergillus, the fungi which causes aflatoxin infection, at an early stage.

“Once taken through the process, maize would not get infected even if it is stored under moist condition because the fungi have been destroyed,” said Kamano.

To succeed in her research though, she had to import a plasma plant from Germany, a machine she says is the first of a kind in Africa.

She said the technology was 80 percent effective and hopes that it will be piloted and later rolled out to save farmers from post-harvest losses caused by aflatoxin.

Other researchers include Lutta Alphayo, whose study dwelt on pasture production under different catchments and their economic optimisation in agro-pastroral areas. His research focused on Isiolo and Tana River counties.