Tochim anointed by elders and clergy to vie for seat in a well-attended ceremony at his Mokorwo rural village. 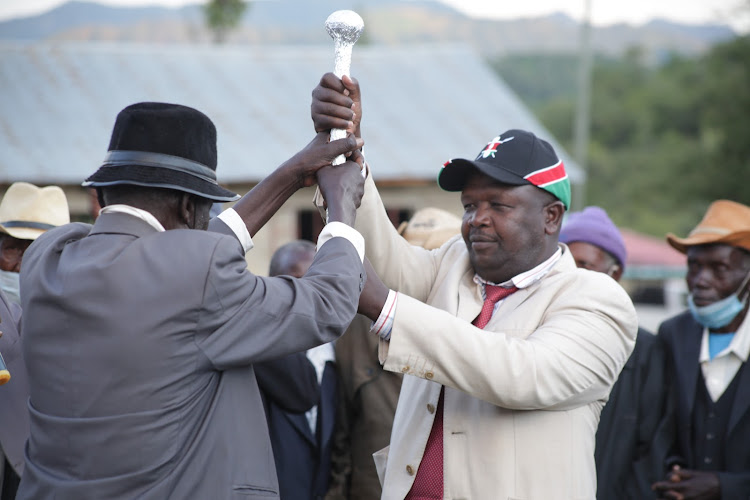 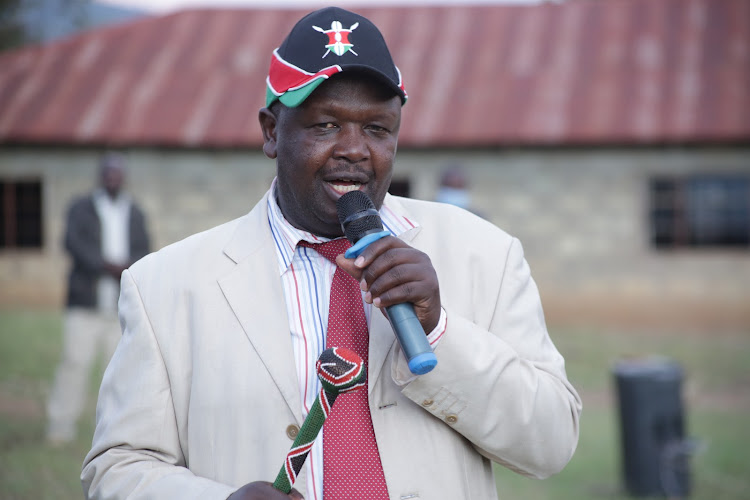 Baringo elders and clergy have endorsed a vocal MCA to run for the Senate seat to replace Gideon Moi.

Moi was elevated to become Kanu's flag bearer in a ceremony held at the Bomas of Kenya.

“I am ready to put on Moi’s big shoes to serve the people of Baringo better,” Tenges MCA Silas Tochim said.

He spoke after being anointed by a group of elders and clergy to vie for the seat in a well-attended ceremony at his Mokorwo rural village in Tenges, Baringo Central, on Saturday.

He pledged to push harder to end insecurity, hunger and establishment of a university in the county.

Tochim is a diehard of Deputy President William Ruto’s United Democratic Alliance party. “Our people have suffered insecurity and hunger for many years. It is time the government should be put to task to prioritise measures to address them,” he said.

The MCA further said Baringo is endowed with numerous natural resources, which ought to be explored to earn more revenue, create employment and improve the economy.

He becomes the first politician to declare publicly his ambition to contest for the hot senatorial seat, held for two terms by Gideon since the onset of devolution in 2013.

Tochim lauded Moi for joining national politics, saying they no longer have political fights. “In fact, I will support Gideon in whichever seat he will vie for in Kenya,” he said.

“Moi and me are now friends. We shall work together to empower the people of Baringo,” he said.

Tochim, who has been a harsh critic of the ruling Jubilee party and Kanu, asked for forgiveness as he wages the battle ahead. “To anyone I wronged, forgive me as I also forgive those who wronged me,” he said.

Tugen elders from across the county described Tochim as a courageous and outspoken leader before handing him a beaded club, similar to the one held by the late former president Daniel Toroitich arap Moi.

He then knelt down beside his wife Abigail to be laid hands upon and prayed for by the clergy.

An elder Stephen Kandie said Tochim, through the projects he had done at as MCA, had proven that he can deliver, noting among others opening up of access roads and installation of water projects.

“It time he now rises to go and battle with other bulls at the Senate to bring resources to the county,” Kandie said