Projects that were to be developed by counties and donors have stalled. 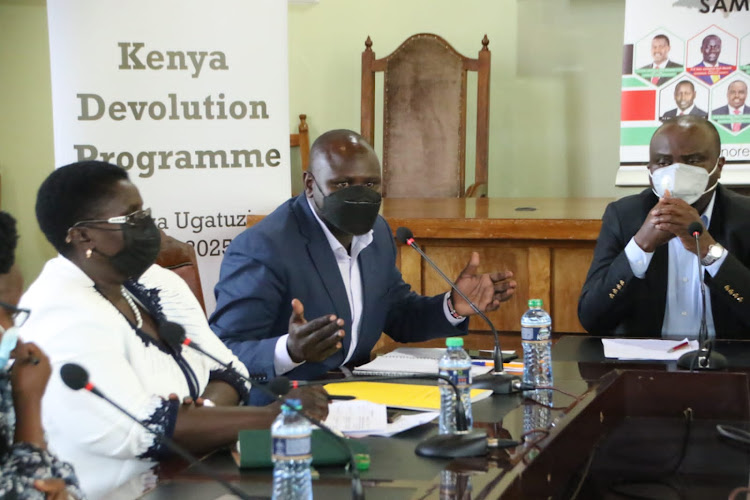 Counties in the North Rift have expressed concern over rising insecurity that now threatens to paralyse operations in the region.

They say some of the tourism-related projects that were to be developed by counties and donors have stalled due to insecurity challenges.

CEO of the North Rift Economic Bloc Dominic Biwott says the region has unique tourism sites and wildlife, but tourists have shunned the areas because of continued banditry attacks.

“News from Kerio Valley is always about banditry, security operations and attacks and that is not good for tourism and general development,” Biwott said.

Biwott said the counties are working with the Interior ministry to put in place a working peace and security framework.

“We need to rethink our security strategy for the region so that we involved communities in a long term and more sustainable way," he said.

Governors in the North Rift want the government to enforce a new approach involving communities, churches and elders to actively help in ending banditry in Kerio Valley.

Uasin Gishu Deputy Governor Daniel Chemno and his Elgeyo Marakwet counterpart Wesley Rotich said the use of force had not been effective in wiping out cattle rustling attacks in affected counties.

Chemno said the ministry of Interior should come up with new policies and structures that will ensure communities in the region lead in dealing with banditry.

“Our governors are worried that insecurity has caused many development activities to stall and also kept away tourists and donors who would have invested in the region," Biwott said.

As part of involving communities last week, widows from North Rift  have launched a new initiative to help fight banditry and unite communities in the Kerio Valley region.

Most of the widows lost their husbands through banditry attacks.

The widows have formed the Pokot, Turkana and Marakwet (POTUMA) peace group through which they will partner with the government and other players to initiate activities that will help to transform the region ravaged by banditry.

Agriculture Chief Administrative Secretary Linah Jebii Kilimo and her Public Service counterpart,Beatrice Elachi, said the government has resolved to use the widows in the fight against banditry and cattle rustling activities.

She spoke at Chesongoch Catholic Church grounds in Elgeyo Marakwet county during the launch of a peace meeting involving widows from the counties in the region.

“Women and children are the most affected whenever we have insecurity problems and its good that through this initiative they will take lead in peace efforts," Kilimo said.

The POTUMA widows’ peace efforts programme is supported by the Public Service ministry and sponsored by, among others, the Federation of Women Lawyers (FIDA) and the United Nations Population Fund (UNFPA).

“As government, we believe it's important to use those who have been affected in preaching peace along the Kerio Valley because they are the ones who feel the pain, especially the women,”Kilimo said.

She said there was need to explore ways of addressing the challenges facing families, which have been affected by banditry and cattle rustling activities to meet their basic needs.

FIDA deputy executive director, Wanjiru Kamanda, said the organisation would continue to provide legal aid and counselling to the widows who have been traumatised because of cattle rustling activities.

"The fact is that these women have undergone untold pain after losing their husbands because of banditry incidents. We will join hands with other organisations in providing counselling to relieve the pain and move on to cater for their families,"Kamanda said.

He said it is the responsibility of the government to ensure all Kenyans are protected as enshrined in the Constitution.