State to buy 1,000 cows from Turkana in drought mitigation 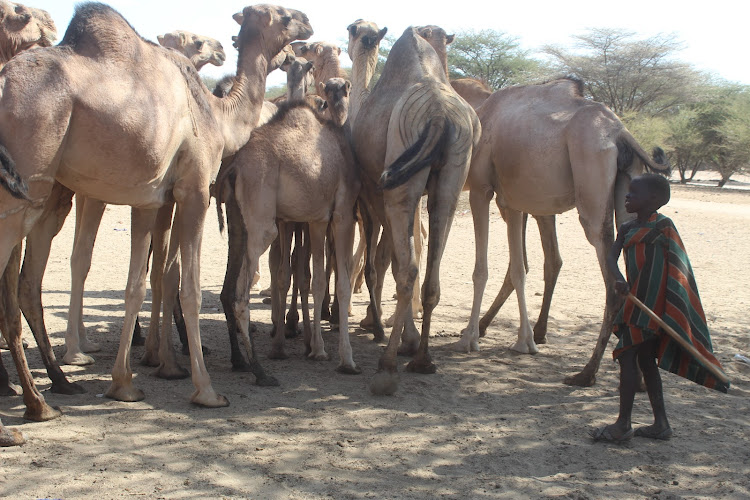 The Kenya Meat Commission will buy 1,000 cows from Turkana county through the state's commercial off-take programme.

KMC assistant production manager Tom Okayo said they are targeting to buy 1,000 heads of cattle at Sh20, 000 per each.

“Turkana was identified as one of the 10 counties that have been severely affected by drought, with 11,250 heads of cattle budgeted for as part of drought mitigation,” he said.

Okayo said budget restraints limited the number of livestock considered for uptake, and revealed that more stakeholders will be involved in the exercise for meaningful impact.

He said KMC will start receiving identified cattle at the factory as from Monday, with payment done 72 hours after delivery.

He said payment will be restricted to livestock delivered alive only.

Abdulahi welcomed the off-take intervention and added that the prolonged drought had led to an upsurge of livestock diseases due to migration in search of pasture and water.

“Deterioration of vegetation especially in the pastoral grazing fields worsened livestock conditions leading to decline in milk production and consumption as well as drying of boreholes,” he said.

Reports from the department of Livestock Production and stakeholders indicate that approximately four million goats and sheep are at risk of being affected by the prolonged drought in the county.