Boreholes will be developed at a cost of Sh100 million and will be completed in two months. 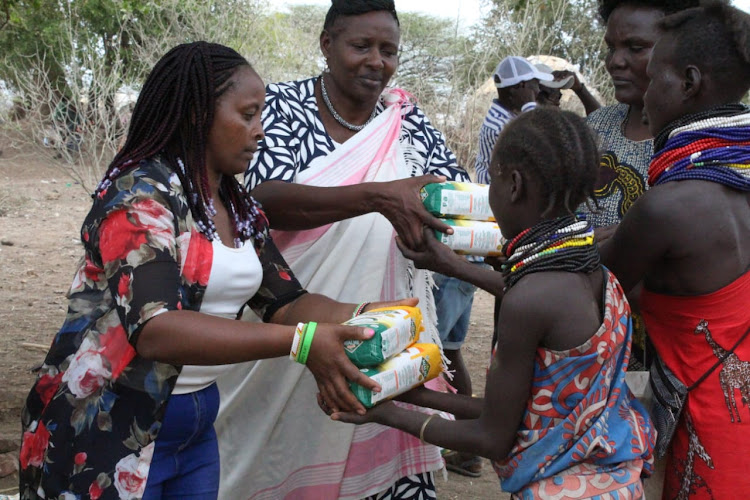 The Kerio Valley Development Authority has started construction of 11 boreholes to provide water to residents of Turkana North and Samburu North hit by drought and famine.

CEO Sammy Naporos said the boreholes will be developed at a cost of Sh100 million and will be completed in two months.

He said they will be part of a long-term solution to the shortage of water in the region. Naporos said they were also provide food supplies to affected families.

He said following the recent government declaration of drought as a national disaster  in 21 counties, KVDA had moved to distribut emergency food relief to the people in affected parts of the two counties.

“As a government agency working in the region, we have been responding to the situation by helping the most affected families especially in Turkana North and Samburu North," he said.

Naporos, who visited the affected areas, said KVDA had donated food  to 700 households in Kaakea area and Kalang/Kaikor ward in Turkana North.

The donations included maize, bales of maize flour and cartons of milk. The same support is being taken to affected families in Samburu county.

At the same time Naporos said KVDA will revive stalled irrigation projects in Turkana and Samburu as part of long-term measures to fight recurrent drought and famine.

Naporos said the recurrent drought had caused excessive suffering to more than one million people  in the region and that KVDA was partnering with counties to mitigate the situation.

The irrigation projects will cost more than Sh400 million. The communities in the region have welcomed the support from KVDA in helping to deal with the drought and famine.

Community leader Onesmus Nawoto said the county and national governments should focus on water supply for irrigation through drilling of more boreholes in the region for the communities to be self-reliant.

“In areas like Turkana North, we have good soil for agriculture and the community will practice  irrigation farming of crops such as maize, millet and other crops which do well in drought,” he said.

KVDA is also implementing programmes on introducing pasture production, irrigation schemes and solar powered boreholes for domestic, livestock and irrigation. Naporos said they would work with the local communities so that they take the lead in sustaining all the projects.