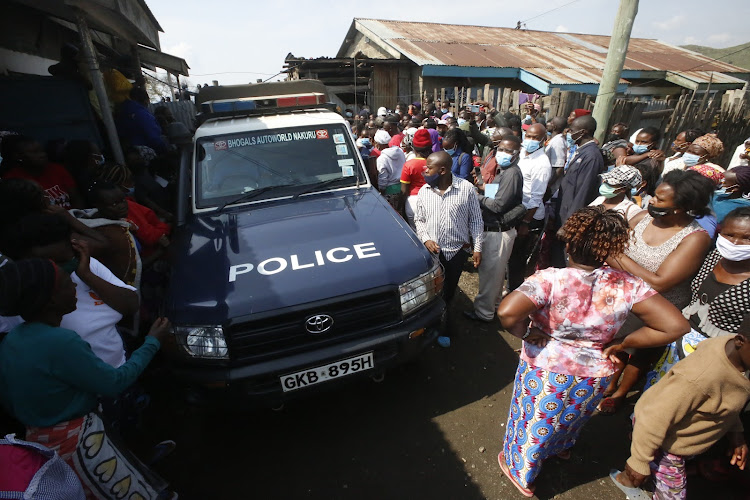 TRAGEDY A crime scene in Nakuru where a man had killed his wife and locked the body in a room where their two young children were sleeping.
Image: LOISE MACHARIA

A Nakuru-based doctor is suspected to have killed his two children Sunday morning and attempted to commit suicide.

The incident took place at the doctor’s home in Kiamunyi Estate in the wee hours of Sunday morning.

It is alleged that the well-known doctor who also owns one of the best clinics in town injected the two children aged below 10 years with insulin.

A neighbour who sought anonymity said he then injected himself with the same drug but was rescued before it could take the desired effect.

Nakuru County Police Commander, Beatrice Kiraguri confirmed the incident but declined to name the doctor until close relatives are notified.

She said the medic is admitted at the Rift Valley Provincial General Hospital under tight police security.

“We are not sure what drug the children were injected with and that can only be confirmed through a post mortem examination on the bodies,” she said.

She added that the matter was under investigation to confirm if it was the medic who committed the offence.

“The doctor’s wife was not at home at the time and she was only called in when the children were already dead,” said Beatrice without stating who called the woman of the house.

Kiraguri said police had to break into the house in an attempt to save the three but the children had already succumbed.

A neighbour claimed that the medic took the drastic action after disagreeing with his wife who allegedly wanted to travel abroad against his will.

The bodies have been moved to the Nakuru County Mortuary.