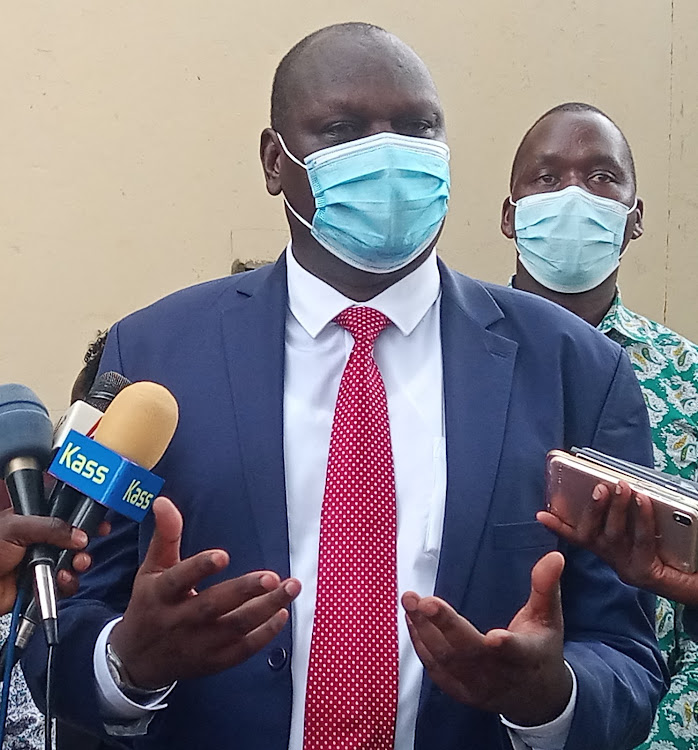 Moi University is technically broke and the EACC is investigating spending but Vice Chancellor Isaac Koskey says the university is running well despite challenges.

The situation today, however, is much worse. Debts are more than Sh5 billion and the university cannot pay salaries.

The auditor said that in 2018-19, the consolidated statement of its financial position reflects total liabilities of Sh4.5 billion and assets of Sh4 billion.

At that time, the university had a deficit of Sh2.8 billion and was technically insolvent, making it difficult to service debts.

“In the circumstances, the ongoing concern of the university in the absence of  continued support from the government and creditors is in doubt," it reads.

Say staffers' salaries are always delayed; casuals had not been paid for more than a year
Counties
1 year ago

Meantime, the EACC is investigating allegations of public funds loss through improper spending at the office of vice chancellor Professor Isaac Kosgey.

Kosgey declined to comment on September 16 at the Rivatex factory, telling journalists to ask the EACC.

EACC North Rift regional head  Joseph Baithalu has written to the VC asking for documents to facilitate investigation into sending and  allegations of more than 1,000 ghost workers on the payroll.

In a letter dated September 7, Baithalu said, “The commission is conducting investigations into allegations of embezzlement of funds in the office of the Vice Chancellor, Moi University."

He said the university had a bloated payroll with many ghost workers.

“To facilitate investigations, the commission requests you to provide the original documents and information supporting employment of all teaching and non-teaching staff from July 1, 2018, to date," the letter to the VC read.

The EACC wants Kosgey to provide all original documents supporting payment of salaries and allowances for all staff from July 1, 2018, to date. It wants approved budgets by the Ministry of Education.

Baithalu said the EACC has designated two officers to receive the required documents and information at its regional office in Eldoret.

Professor Kosgey on September 16 admitted the university has challenges but said the problems are not unique to that institution.

“Yes, we have some challenges but I can assure you that Moi University is running very well and you can visit us to know what we are doing," the VC said.

However, two days ago, university workers staged protests over delayed salaries. They said the university was on the brink of collapse.

Details from the university indicate it has more than 10,000 workers on its payroll but only 6,000 are required to work at the institution. That means it has an excess of 2,000 workers and another 2,000 unverified at all its campuses.

Debts include un-remitted statutory deductions for workers, including remittances to NHIF, NSSF and other insurance schemes.

Employees said they were listed with the CRB for failing to pay loans and other dues to financial institutions.

“We are all operating on fuliza to survive and we fear even that will be stopped because the university is equally a fuliza institution with unthinkable financial problems," one employee said.

Post a comment
WATCH: The latest videos from the Star
by BY MATHEWS NDANYI
Rift Valley
19 September 2021 - 22:00
Read The E-Paper