Say some leaders peddle myths like the land in Laikipia is communal and belongs to a certain community. 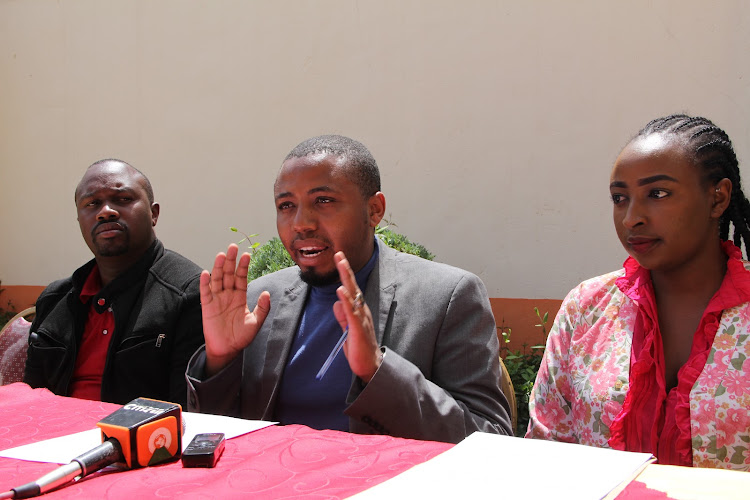 Youths in Laikipia have condemned the invasion of private farms and conservancies by immigrant herders and accused some local politicians and others outside the region of inciting their communities.

Laikipia Youth Ambassadors on Thursday said some of the leaders peddle myths like the land in Laikipia is communal and belongs to a certain community.

Kenneth Kamau, their chairman, said there is no community land in Laikipia. Most of the ranches were leased to different entities including people from the region and white settlers whose parents lived there for many decades.

“In fact, some of these white ranchers have been in Laikipia longer than most of us. The casualties of these skirmishes cut across all tribes and races. We pass a message of sympathy to all victims of these illegal invasions, who include the Kenyan white investors,” Kamau said.

They said cases of investors being threatened and their property destroyed by intruders from the neighbouring counties have persisted for a long time.

The youths called on the government to assure the investors of their safety, adding that for many years they have coexisted peacefully with pastoral communities and ranchers.

Kamau, who was accompanied by vice-chairman Marlin Ndegwa and members Arthur Kamau and Jessica Gathoni, promised not to give anyone room to cultivate ethnic tension amongst the inhabitants of Laikipia county.

“We, therefore, request all security agencies to get to the root causes of the regular illegal invasions so that all inhabitants of Laikipia can feel safe to live and invest,” Kamau said.

Ndegwa noted that the government should be proactive in responding to intelligence reports it gets rather than being reactive.

They said some young people had been made to believe that their share of community land was stolen from them by foreigners and that the said land is in Laikipia.

“We are here to confirm that these are lies and that a big percentage of the land in Laikipia is on leasehold,” Kamau said.