• County bosses said they must be involved in security, which should not be left to the national government alone. They cite the Kerio Valley and Laikipia.

• They cite the need for roads, irrigation, schools, electricity and development to open the region, provide jobs, end competition for water and pasture. 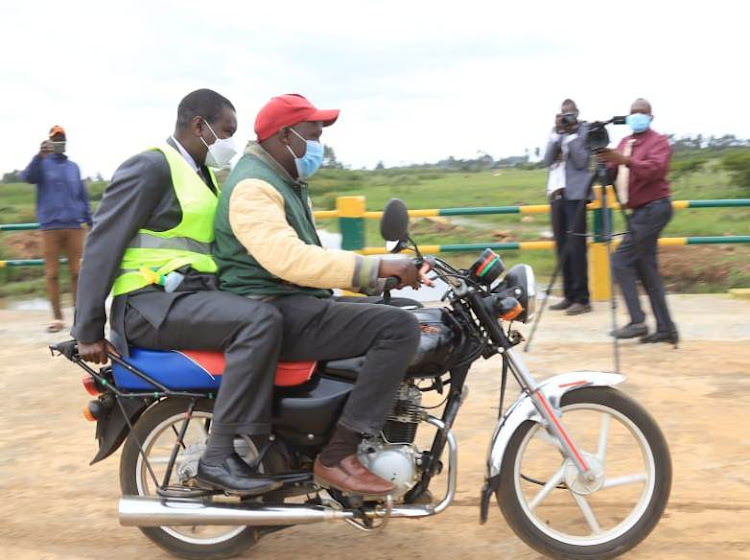 The government already has launched a military-backed operation to end insecurity in Laikipia county.

The county chiefs, through the North Rift Economic Bloc (Noreb), said counties must be involved. They listed projects, including road and irrigation, they want implemented in Kerio.

They also called for more schools and electricity connections in main markets so residents can do business and dissuade youth from banditry.

They want the government to implement long-term measures to end insecurity in Laikipia and the Kerio Valley.

He called for stern action against politicians who incite Laikipia residents to violence over land ownership, water and pasture.

He said the County Policing Authority should have legal support to back the national government in security matters.

“The time has come when we must think about insecurity holistically, instead of being reactive and launching security operations that can't solve the problem," Mandago said. He was speaking in his Eldoret office on Friday.

“We have written to the Interior ministry and even discussed our proposals with them to better deal with insecurity challenges," Mandago said

"There is no way the ministry can run security matters without involving counties that may have simple solutions to some  insecurity challenges," he said

"Going forward, counties must have a role in security matters. This issue would have been addressed with the County Police Oversight Authority that was shelved and never operationalised," the county boss said

Soy MP Caleb Kositany said leaders in Laikipia must lead from the front in restoring peace in Laikipia. He said inciters must be punished to end violence and banditry.

Said communities living on communal land should agree on boundaries.
Counties
4 months ago

Chesogon police station to be constructed after being swept away by waters.
News
2 months ago

We need NPRs to end banditry in Turkana – leaders

State disarmed, withdrew many NPRs, who know territory but they must be revetted and trained.
Counties
3 months ago
by BY MATHEWS NDANYI
Rift Valley
15 September 2021 - 22:00