Gideon setback as Chepkut, others rush to Ruto

• Most MPs have taken a low political profile, skipping functions due to the duress they are publicly subjected to. 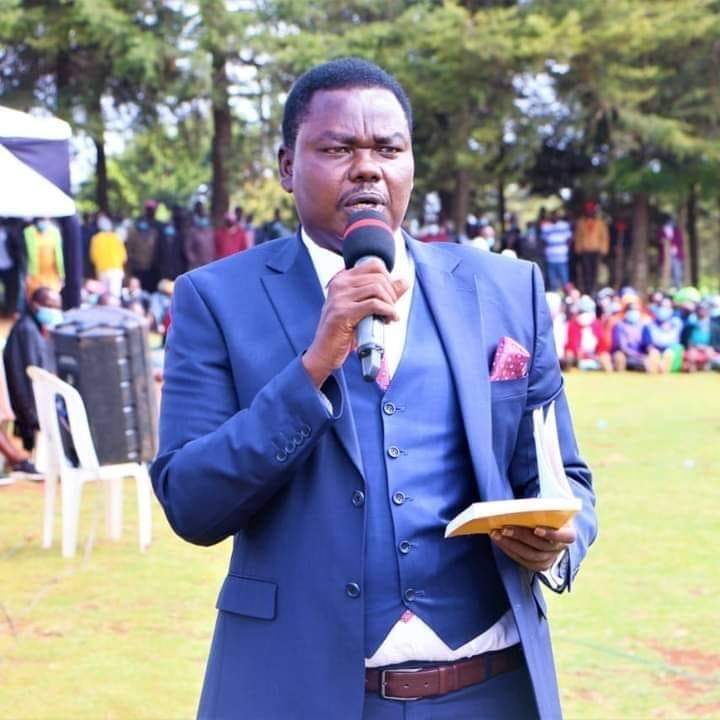 Speaking at a funeral in his constituency, Chepkut said some of his critics had been undermining him with claims he does not support the DP. He ran as an independent.

“I want to tell them that I am deep in UDA and I will run through the party ticket next year," the MP said on Tuesday.

Chepkut read DP Ruto’s condolences at the funeral and presented Ruto's contributions to the family.

The MP is known for his down-to-earth style of politics and often rides motorcycles or walks long distances to community events.

Sirma and Rutto had been allies of Gideon who is setting the stage to run for president. He is battling for control of Rift Valley where Ruto is the acknowledged kingpin.

The region's Jubilee MPs who have been criticising Ruto are under pressure to join his UDA party if they want to be reelected.

Most of the MPs have taken a low political profile, skipping functions where they are subjected to duress and are haranged by Ruto's backers.

At a recent function in the Ainabkoi area, Chepkut had openly clashed with UDA coordinator Paul Kiprop who asked him to join the party if he wanted to save his career.

“We have said we will back DP Ruto and those like Chepkut who are still buying time should know time is running out," Kiprop said.

The MP retorted, "We know what we are doing and no one is opposing the DP to stop his ambitions. Unless you just want to play sycophancy because it's unnecessary to engage in such arguments."

Kutuny's critics in Cherangany have taken to social media to pressure him to back the DP. Last month he denied claims he had been recorded indicating he was buying time but would eventually join Ruto.

He reportedly said he would not betray his Kalenjin community that stands with the DP.

“I cannot respond to such propaganda," Kutuny said.

This week he is expected to lead those hosting President Kenyatta who will tour Western Kenya and parts of Trans Nzoia.

Dr Mishra, a wealthy politician, has openly declared his support for Gideon Moi and President Kenyatta. He faces an uphill task to retain his seat.

He is rated as one of the best performing MPs in the region. It is said he might still retain the seat either through UDA or another party.

“President Kenyatta has done a lot for this country and I support him. Gideon is also my friend and will soon visit this area,” he recently told a function at Cheplaskei in his constituency.

Tiren and Kamar have taken a low profile in Uasin Gishu politics. The region is home to DP Ruto and UDA is expected to dominate.

Kamar is an experienced politician and her allies say she is considering making another stab at the governor's seat.

She was sharply criticised by Ruto's allies when she decided to take up the deputy speaker's position in the Senate when the DP's allies were being purged. They accused her of betrayal but Kamar has never discussed the issue.

Keter is active in Nandi county politics and recently he was interviewed by a local radio station where he spoke extensively in parables about Rift Valley politics.

The pressure on the legislators to back DP Ruto is intensifying as the general election draws near.

Gideon’s entry may not really change the dynamics of the region’s politics.
News
1 week ago
by BY MATHEWS NDANYI
Rift Valley
15 September 2021 - 22:00