Management refused to allow students to celebrate together after a new music system was purchased for the Christian Union. 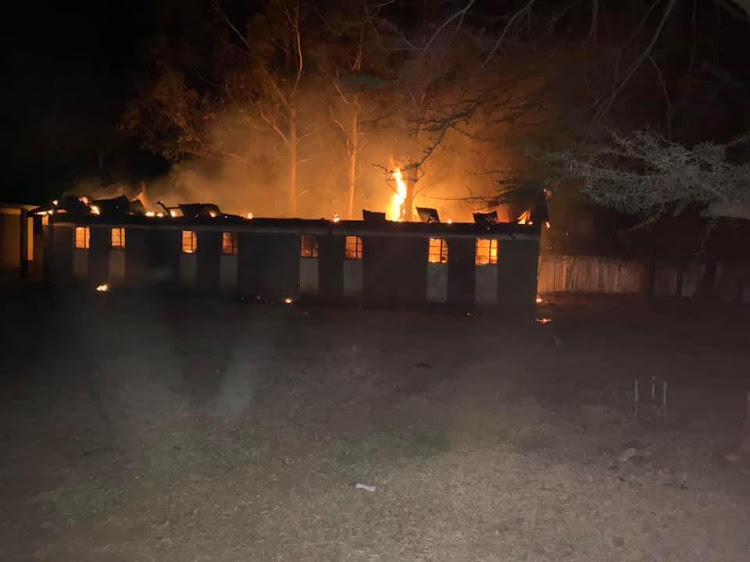 Students of Eor Ekule Mixed Secondary School in Narok East burnt down one of their dormitories after they went on the rampage on Sunday night.

When the officers arrived, Loita Dormitory, which accommodates 200 boys, had been gutted.

“We have yet to establish the exact value of the property destroyed during the night incident as we have already launched investigations into the matter,” the police boss said.

Kizito said by the time the fire engine arrived, the dormitory had already been completely destroyed. No one was injured.

The boys' section was closed to allow the conclusion of investigations.  However, learning at the girls’ section went on smoothly.

Narok Senator Ledama Ole Kina visited the school in the dead of the night. He suspected senior boys of being behind the arson.

“It was upsetting to see young boys aged 13 to 14 suffer because of a few senior boys who do not care about education,” Ole Kina said on his official Facebook account.

The wave of school fires had gone down in the county, with the last reports in February this year when six schools experienced unrest for a period of two weeks.

There have been concerns about schools' preparedness to deal with fires, most of which are not contained in time, thus risking lives.