They say starving learners should be provided with food to reverse low class attendance. 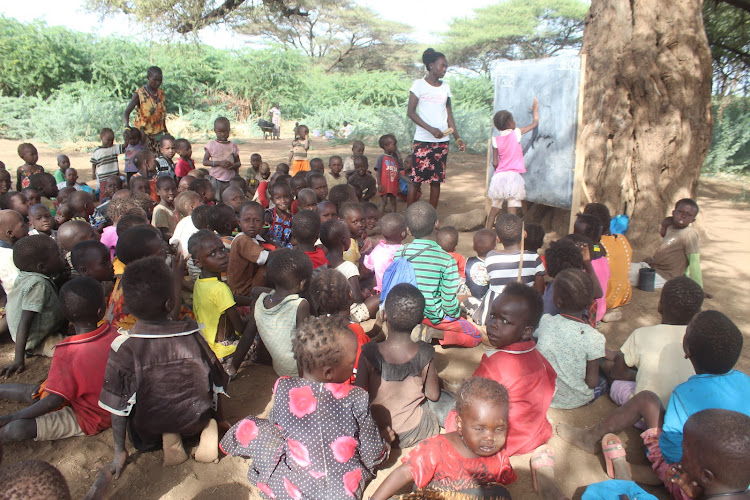 The Kenya Nation Union of Teachers Turkana branch has urged the government to provide food to learners facing starvation due to drought.

Officials said the county and national governments should supply food to schools to tackle starvation.

Chairman Kenyaman Aring’oa said the drought situation in the county has disrupted learning. He spoke while inspecting schools in Turkana North.

“Turkana North that has been hard hit by drought. Most of the schools don’t have water and food,” he said, appealing to non-governmental organisations to donate food to schools.

In March, Deputy Governor Peter Lotethiro said the entire county was affected by drought and famine. He said 50 per cent of the population (about 640,000 people) faced starvation as drought intensified.

On Saturday, however, Senator Malachy Ekal criticised Governor Josphat Nanok' administration for failing to construct even a single dam.

He urged the county government to build at least five large dams to solve the water crisis. He spoke at Kanukurudio in Turkana North while distributing food to residents.

He said the county received Sh11.5 billion in the last financial year from the National Treasury and the money should have made a difference in the lives of residents, but wrong priorities have led to persistent suffering.

“Drought is biting, people and animals are hungry and very thirsty because there is no water and food. If the resources of this county were utilised well to target the problems of Turkana, this county would not be ranked as the poorest.

“Turkana has a lot of resources and if the resources would be used to prioritise the needs of the people, they should not be hungry,” he said.

He said despite the fact that Turkana comes second to Nairobi in revenue share, the funds have not helped to reduce residents' problems. The funds should be directed to the right places to improve lives, he added.

“Turkana doesn’t have enough water for the people and their animals. If we constructed five big dams—like the one in Uganda called Kobebe where our herders cross the border with their animals to look for water and pasture during drought—we could solve the problems of our herders.

“The cost of Kobebe Dam was Sh200 million. If we spent Sh1 billion, we could as well build five big dams in Turkana,” he said.

Ekal said irrigation is the only way residents will stop relying on relief food. Most places are irrigable and the county government should allocate more funds to the agriculture department to support adequate food production, he said.