Tiaty MP Kamket to spend another night in police custody

Kamket was arrested on Wednesday afternoon in Baringo county.

• Nakuru senior principal Magistrate Lillian Arika will make a ruling on Friday at 11.30am. 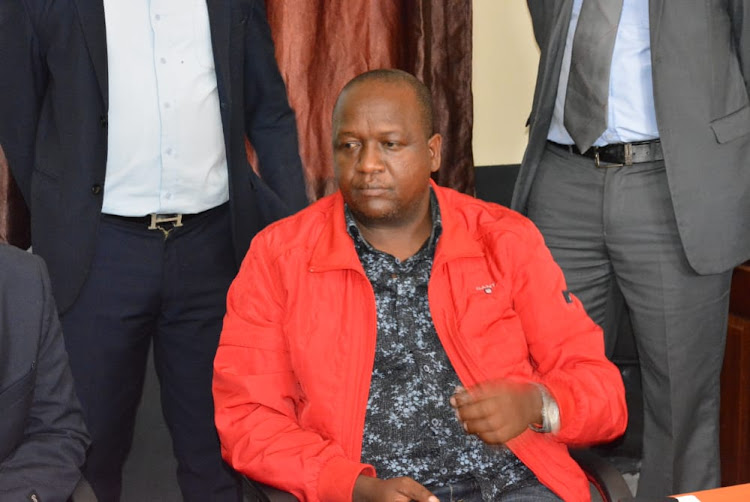 Tiaty MP William Kamket will spend another night in police custody as he awaits a ruling on the detectives' request to detain him for 14 days to conclude investigations.

Nakuru senior principal Magistrate Lillian Arika will make a ruling on Friday at 11.30am.

Police are seeking to detain Kamket at Kaptembwo police station, Nakuru, to conclude investigations into his involvement in the Laikipia clashes.

In the miscellaneous application filed by the Senior Assistant Director of Public Prosecutions Alloys Kemo, the police are investigating Kamket for murder, robbery with violence, stock theft, malicious damage of property and incitement to violence.

The state argues that the manner in which the attacks were conducted portrays a choreographed pattern with prior organisation, funding and planning by several masterminds, among them Kamket.

Police say the legislator is suspected to have planned and incited illegal herders to invade Laikipia conservancies and attack people.

Kamket was arrested on Wednesday afternoon in Baringo county before he was transferred to Nakuru.

Police say they need time to record statements from witnesses, get postmortem reports as well as trace several other perpetrators.

“Owing to the complexity of pending investigations, the DCI Laikipia County has sought assistance from DCI Nakuru County and ample time is necessary to allow better coordination and investigations between the two offices," reads part of the application.

However, the application was opposed by Kamket's lawyers who argued that the charges brought forward are malicious and malevolent, and therefore pleaded for the accused to be granted bail.

They also castigated the security agencies for failure to secure the area under skirmishes, saying Kamket was made a scapegoat for their failures.

“The security apparatus should have been more serious, more responsible and able to secure the lives, properties and interests of Kenyans and other people within our borders,” Kipkoech Ngetich, Kamket’s lawyer, said.

Kamket’s lawyers also made an application for the MP to seek medical attention, which was granted by the court.

Kamket is being taken to Nakuru for interrogation.
News
1 year ago
Post a comment
WATCH: The latest videos from the Star
by JAMES MUNYUA
Rift Valley
09 September 2021 - 16:47
Read The E-Paper