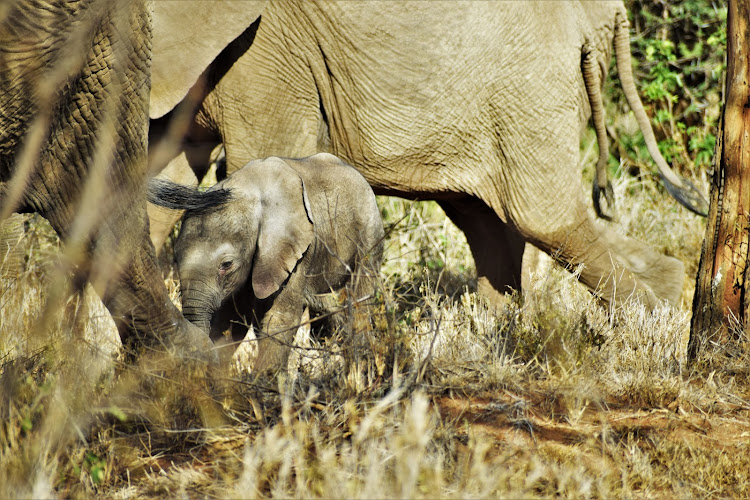 A new report suggests the survival of orphaned elephants is lower than that of their non-orphaned age mates.

“Prolonged maternal care is vital to the well-being of many long-lived mammals. The premature loss of maternal care, i.e., orphaning, can reduce offspring survival even after weaning is complete,” the study found.

Save the Elephants conducts vital research on elephant behaviour and ecology and pioneered GPS radio tracking in Africa to provide fresh insight into the life of elephants.

After more than 20 years of intensive monitoring, the Samburu elephants are one of the world’s best-studied populations.

The NGO also assists in implementing a UN-level programme to monitor the illegal killing of elephants. Its solid scientific data has helped shift international policy towards a better future for the species.

However, ecologists have not explicitly assessed how orphaning impacts population growth.

Save the Elephants examined the impact of orphaning on population growth in a free-ranging African elephant population, using 19 years of individual-based demographic monitoring data.

Kenya Wildlife Service says no rhino was poached in Kenya in 2020—the first time since 1999. Elephant poaching has also reduced from 350 lives lost five years ago to 11 in 2020—the lowest recorded yearly total.

The study found that orphaning not only substantively depresses the population growth of wild African elephants, but that the magnitude of orphaning impact was also larger than the impacts of other parameters traditionally viewed as influential, including the survival probabilities of breeding females.

It compared orphan and non-orphan survival, performed a sensitivity analysis to understand how population growth responds to the probability of being orphaned and orphan survival and investigated how sensitivity to these orphan parameters changed with the level of poaching.

Orphans were found to have lower survival than that of their non-orphaned age mates.

“This demonstrates that, in addition to its direct effects, adult elephant death indirectly decreases population growth through orphaning,” the study says.

The study concludes that orphaning substantively decreases population growth for elephants and should not be overlooked when quantifying the impacts of poaching.

Moreover, we conclude that population models characterising systems with extensive parental care benefit from explicitly incorporating orphan stages and encourage research into quantifying effects of orphaning in other social mammals of conservation concern.

The study says mothers of long-lived mammal species continue to provide defence against predators and aggression, improve access to resources, and impart knowledge to their offspring after the offspring are no longer nursing.

These benefits are crucial because studies have shown that orphans of some species like spotted hyenas, chimpanzees, red deer, and killer whales survive less than non-orphans even if maternal death occurs post-weaning.

However, the effect of reduced orphan survival on overall population growth has not been measured in wildlife systems.

The study says orphan death may contribute to the decline of mammal populations undergoing poaching or hunting that targets adults, as these practices can result in an atypically large number of orphans.

Furthermore, orphan survival may become more important during periods when adults are dying at higher rates because shifts in environmental conditions, such as increased poaching and drought, can alter the contribution of vital rates to population growth.

Kenya has a population of about 35,000 elephants.

African elephants’ International Union for Conservation of Nature conservation status is endangered due to habitat loss and poaching; the latter targets both male and female adults for their large ivory tusks.

The study says determining the indirect effects of adult death can increase our understanding of the relationship between population dynamics and social behaviour, relevant to other social mammal species of conservation concern.

Human activities have had a dramatic impact on wildlife populations
News
1 year ago
Post a comment
WATCH: The latest videos from the Star
by GILBERT KOECH News Reporter
Rift Valley
23 August 2021 - 22:00
Read The E-Paper