Mandago takes pride in upgrading over 2,700km of roads

Governor keen to create an enabling environment for private developers, farmers and investors in the county. 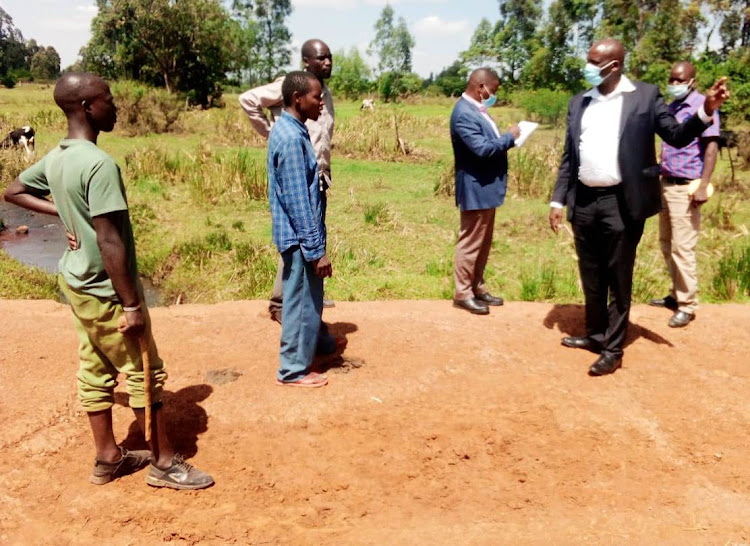 Governor Jackson Mandago’s administration has upgraded more than 2,700km of rural roads in the last year.

The government has also invested in the improvement of infrastructure within Eldoret town, the economic hub of the region.

The county government says the roads have improved access by farmers to markets and boosted economic growth.

Mandago has targeted good roads as one of his legacy priorities in the county as he prepares to exit the office next year.

The county executive for Roads Gideon Birir said poor drainage during heavy rains was a major cause of bad roads but the county, using its machinery, had upgraded most roads in rural areas to all-weather.

He said sustainable infrastructure has remarkably improved the transport and economic sectors in urban and rural areas in Uasin Gishu county.

The 2020-2021 budget allocation to the department of Roads, Transport, Energy and Public Works has seen a tremendous upgrading of roads in all the six subcounties.

Birir said the department has finalised planning and earmarking of new projects set to start in the new financial year.

While briefing reporters on the status of roads in the county, Birir stated that the main urban centres including Jua Kali, Maili Nne, Kuinet and Burnt Forest have roads improved to bitumen standard to create an environment conducive to business.

“We have scaled up work on other road projects to be concluded before the end of the 2021-22 financial year,” Birir said.

"Such projects include tarmacking of Sogomo and Kipkorgot market centres, which are in progress and soon will be operationalised," he said.

He noted that the transport sector is the key aspect the Mandago-led government has prioritised to create an enabling environment for private developers, farmers and investors in the county.

He said the road network and connectivity have facilitated the mobilisation of resources to expand employment opportunities and boost agricultural activities.

Birir said the county, being an agricultural zone, well-maintained roads have cut the cost of transporting of farm commodities to the markets.

Bernard Onyari, a resident of Eldoret and the director for EPC Kipkaren Academy, said they had witnessed a significant spike of learners in his institution that he attributed to the improvement of roads within Kipkaren estate, which were previously muddy during rains.

"The roads were in a sorry state and learners came to school late especially when it rained. Initially, we had a population of 220 pupils but since the roads were upgraded, we have been able to receive over 320 children," Onyari said.

Large scale farmers Yusuf Keitany and Thomas Korgoren from Moiben  noted that poor roads were a major problem before devolution.

"Devolution is a good thing and must be protected. The 15 per cent allocation of funds to counties should be increased to 35 per cent," Keittany said.