Principals warned against sending students away for lunch levy

• Nakuru Town West MP, Samuel Arama said lunch levy is an agreement between parents and the respective school managements and not a requirement by the government.

• Area Acting Deputy County Commissioner, Moffat Moseti confirmed that no child should be sent away from school to collect the lunch levy. 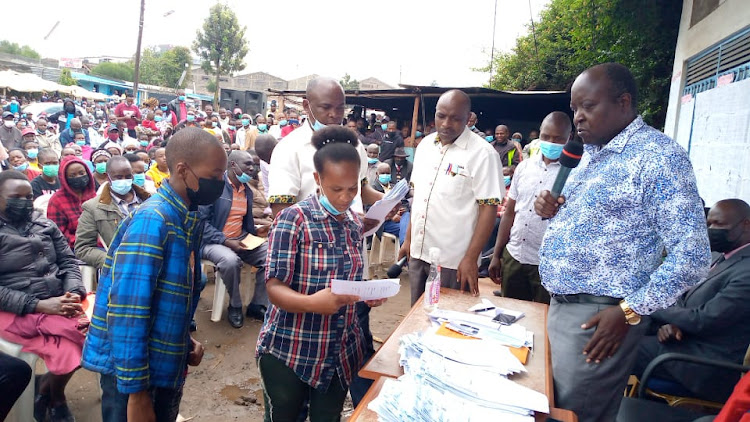 Public day secondary schools in Nakuru Town West that have been sending students for non-payment of school-feeding levies, have been put on alert.

While issuing bursary cheques to more than 1500 Form Ones who are joining boarding school in different parts of the country, Arama said school fees for secondary school day scholars was fully paid by the government.

“The government has paid Sh22,000 for all students joining public day secondary schools and it is unfair and immoral to send those students away due to lack of the lunch programme fees,” he said.

He observed that the lunch levy was an agreement between parents and the respective school managements and not a requirement by the government.

“A needy parent can bring their child to school without the lunch fee and the student can either stay hungry or carry their lunch from home. Sending them away is frustrating the 100 per cent transition call by President Uhuru Kenyatta,” he said.

He observed that demanding a lumpsum of Sh400 0r Sh600 from a parent in the slums in order to allow their children in class, was unreasonable especially during these hard economic times occasioned by COVID-19.

Area Acting Deputy County Commissioner, Moffat Moseti, confirmed that no child should be sent away from school to collect the lunch levy.

“Education is key and that is why the government has fully paid school fees for the day scholars. The local administration will ensure learners stay in class,” he said.

Sub-County education officers who were present, promised to stop the trend in the area.

On bursary apportionment, Arama said his committee rejected more than 1000 fake guardians who had applied for children they were not living with.

“A person applies for bursary and says the child lives and schooled up-country, the child was not attending primary school in Nakuru Town West, so how are you the guardian to the learner,” he posed. 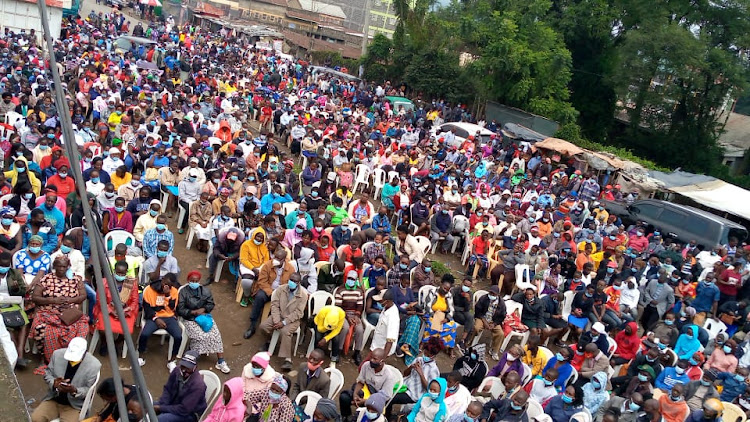 The MP said another 600 changed their votes last month in order to get the bursary and they too were declined.

“There is no way I will deny my constituents money or give them small amounts of cash in order to accommodate fraudsters and opportunists,” he said.

Each child enrolling in day schools that benefitted from the Nakuru Town West National Government Constituency Development fund got Sh6,000 for those with both parents, Sh8000 for partial orphans and Sh12,000 for total orphans.

For boarders, those placed in national schools got Sh20,000 each while those in extra-counties got Sh15,000 each as the MP vowed that no student in his area would miss school.