Serial killer of five girls to be arraigned in Eldoret

• He will be charged in connection with the abduction, defilement and murder of Linda Cherono, 13; Mary Elusa,14; Grace Njeri, 12; Stacy Nabiso,10 and Lucy Wanjiru, 15.

• Suspect led police to crime scenes, reenacted killings and described them. They were documented. Forensic evidence linked him to all crimes, DCI said. 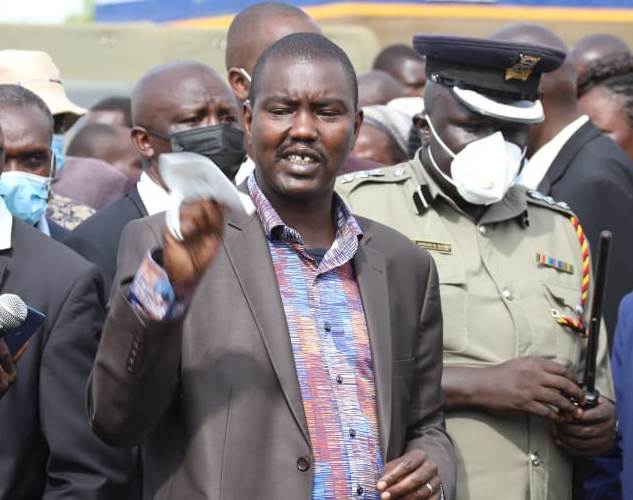 Self-confessed serial killer Evans Juma Wanjala will be arraigned on Thursday in Eldoret for the kidnapping, defilement and murder of five girls at Moi's Bridge.

Some bodies were torched, leaving charred remains; some had been eaten by animals.

The 26-year-old suspect took part in an identification parade as detectives were were finalising charges. He apparently was unemployed.

Wanjala took detectives to the scenes of the crimes, reenacted them and narrated his actions, all of which were documented by video and acoustics experts.

Forensic evidence linking him to the crimes was discovered in each case.

Families of the victims and residents of Moi’s Bridge have welcomed police action.

“At least it’s good  he has been arrested so the families can get some justice though the death of the children can never be reversed," Bishop Patrick Kimeli of the Eagles Wings Redemption House ministries at Moi’s Bridge said.

DCI said in a statement that two days ago  it had arrested Wanjala, whom it called a serial killer who first defiled then strangled his victims.

The minors were lured by the suspect from different locations within Moi’s Bridge in Uasin-Gishu county, before being taken to secluded areas.

For several days the suspect has been taking DCI offices to the crime scenes and narrated how he abducted, defiled and murdered the girls, dumping the bodies.

"In a chilling confession by the killer who took detectives on a re-enactment of how he executed his ghastly missions, he gave a blow-by-blow account of how he took away the lives of the girls," a DCI statement said.

Wanjala was wearing personal protective equipment and his face was covered to conceal him from angry mobs seeking to lynch him. Others also wore PPE.

“It’s so shocking a human being can do all this to young children. We are pleased he has been arrested to face the law," Moi's Bridge resident Lenah Kemboi said.

Police said in one instance, Linda Cherono's body was found on June 15 near Baharini Dam after she went missing a few days earlier.

The body found in a bush was half naked and bore  signs of strangulation and defilement. Physical injuries were visible.

The murder triggered protests along the busy Eldoret-Kitale highway.

DCI explained the modus operandi was the same in all of the other four murders.

In two other instances, the bodies were stashed in gunny bags, covered with vegetables and left to rot in the bushes.

During the re-enactment, homicide detectives and their Scenes of Crime and Photographic and Acoustics counterparts documented each of the five murder scenes and collected evidence.

Further analysis at the DCI forensic lab, positively connected the suspect to the murders.

Detectives said  Evans Juma is a habitual offender with pending warrants of arrest against him.

On various dates in 2018 he ha defiled two minors in Kibwezi. He was released on bond and immediately went into hiding.

An arrest warrant was issued by the Makindu Law Courts.

The murder puzzle was cracked after homicide detectives at dCI headquarters went to Eldoret West and took over the cases.

"The suspect is currently in our good hands and will be arraigned in court to answer to charges of murder," DCI concluded.

Governor Jackson Mandago welcomed the arrest saying the murders had caused so much pain and anguish to the victims families and also led to fear in the area.

Police had last week announced tough security measures in the area to protect children especially in schools. “The measures will remain in place to protect the children," Mandago said.