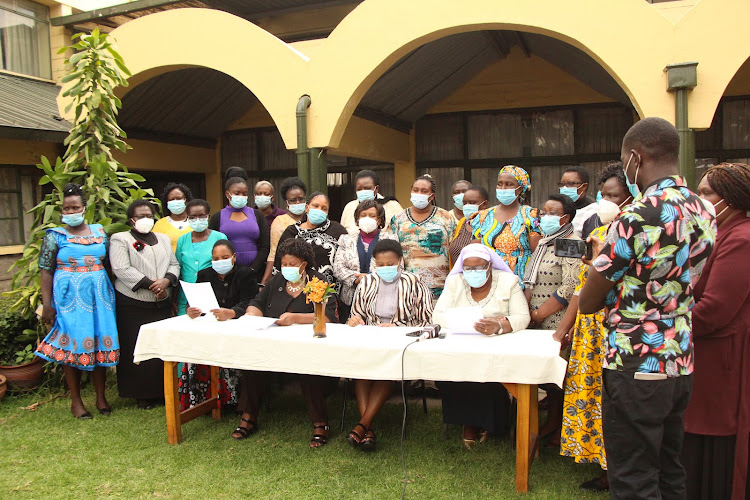 National Council of Churches of Kenya (NCCK) South Rift Regional women representatives have urged the government to ensure peace and cohesion during the 2022 General Elections.

The women church leaders from nine counties also urged women to vie for elective positions and take their positions in leadership.

The clerics in partnership with Reducing Insecurity and Violent Extremism in the Northern and Coastal region (REINVENT) and Fellowship of Christian Councils and Churches in the Great Lakes and Horn of Africa (FECCLAHA) said women and children bear the brunt of violence which traumatises them for life.

In a statement read by three women leaders, they urged the Independent Electoral, Boundaries Commission and National Cohesion and Integration Commission and security agencies to play their role to ensure security.

“In Kenya’s history, women have borne the brunt of violence in every election cycle as many of the experience sexual and gender-based violence and this trend must be stopped,” said Pastor Martha Wairimu.

She said political campaigns should not be incitement grounds for violence and hate speech which leave the country divided along ethnic lines and economic classes.

“NCCK Women Representatives urges the public not to entertain aspirants who incite violence or hatred,” said Wairimu during a press conference after a two-day meeting to develop a strategy for women to contribute to peaceful, credible, free and fair general elections.

She encouraged people to embrace and nurture the culture of dialogue to ensure political differences do not result in violence and grand-standing.

“People, especially politicians should honour electoral institutions, the law and legal frameworks and give them the space to independently execute their mandates,” she said.

She urged political parties to nominate women candidates in their strongholds to achieve the gender balance in Senate, Parliament and County Assemblies.

“Always remember that leadership positions will not be given on a silver platter,” she advised women.

Onyango cautioned women against being bought by politicians who do not have their interest at heart.