Muslims gathered at different mosques for prayers before celebrations.

• Tens of cows, sheep, and goats were slaughtered and the meat was distributed to all the 11 sub-counties of the cosmopolitan region.

• Muslims gathered at different mosques as early as 5:00 for prayers before heading to slaughterhouses to butcher the animals. 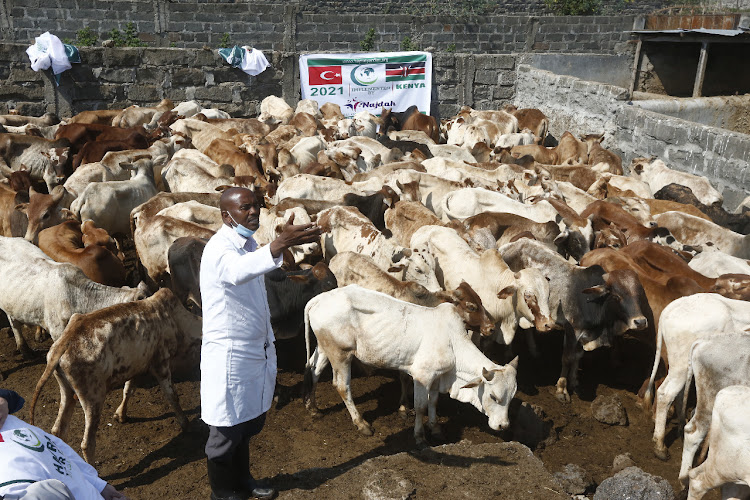 EID CELEBRATIONS Some of over 100 herd of cattle at Barnabas Community slaughter house in Nakuru today. The cattle were donated by Turkish government through its Ambassador to Kenya Ahmet Cemil.
Image: LOISE MACHARIA

Hundreds of Muslims in Nakuru came together in open fields and mosques to celebrate Eid Ul Adha and share meals and other goodies with the less fortunate.

The ceremonies did not only benefit Muslims as many Christians who included street urchins were invited to share and take away food items.

Tens of cows, sheep, and goats were slaughtered and the meat was distributed to all the 11 sub-counties of the cosmopolitan region.

Among the animals slaughtered were 100 cows donated by the Turkey Embassy in Kenya through Ambassador Ahmet Cemil Miroglu.

Muslims gathered at different mosques as early as 5:00 for prayers before heading to slaughterhouses to butcher the animals.

Speaking at Barnabas Slaughter House where the 100 cows were being slaughtered before the distribution of meat to all the 11 sub-counties, former Nakuru Mayor, Mohammed Surraw thanked the Turkey government for the donation.

“The Turkish was so very kind to give us the huge donation, it will benefit more than 2000 families in all the 11 sub-counties,” he said

Surraw expressed pleasure for the opportunity to hold the celebrations saying that the faithful could not gather last year due to Covid-19 restriction.

“It is time for us to commune and share and we have involved our Christian brothers in the festivities but under the strict adherence of the set Covid-19 protocols,” he said.

Delivering the donations on behalf of the Ambassador, Mucteba Tayyip said that this was a gesture of generosity from the Turkish people.

He said the people of Turkey which is more than 97 per cent Muslim pooled money to procure the animals to show their love to Kenya and her people.

“The Turkish Embassy facilitated the delivery of the animals which will be distributed to 2,000 families in Nakuru,” said Tayyip.

He said Muslims had a duty to stand with the poor and mosques had identified the families which shall receive the donations. 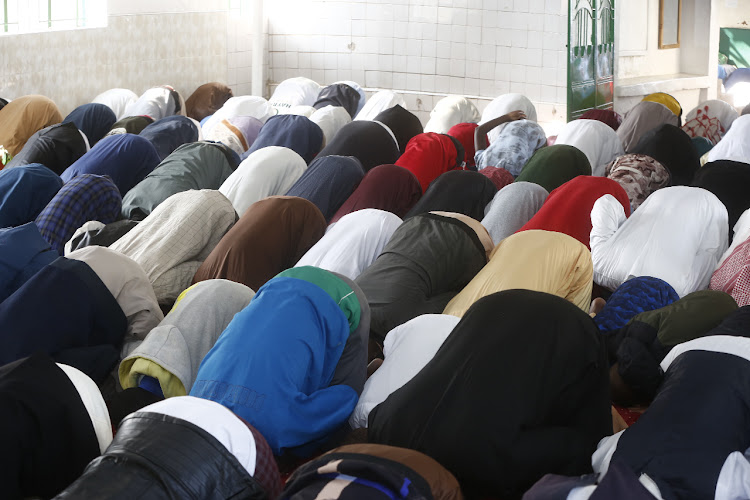 Surraw called for peace among communities and political parties as we head to the 2022 General Elections.

On their welfare, Surraw urged the government to issue National Identity Cards to their youth to enable them progress in education or career wise.

Surraw observed that Muslim youths countrywide did not have to vital documents due to bureaucracies.