Trauma centre to save lives of Naivasha crash victims

Centre to be ready by the end of the year, offer comprehensive services

•        It will offer specialised equipment and treatment and eliminate the need for many transfers.

•       The current trauma center is small and doesn’t have ICU equipment. 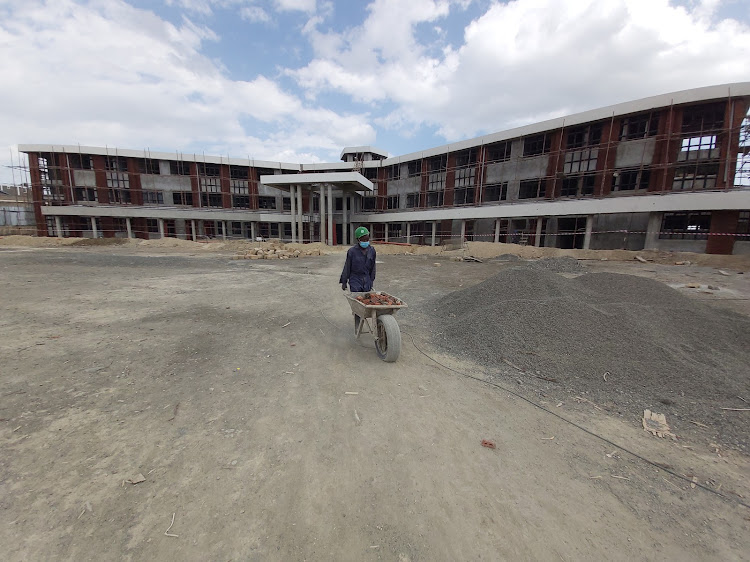 TRAUMA CENTRE: Workers at the new Naivasha Outpatient wing which has been constructed by Kengen and the Nakuru county government for Sh331m. Its trauma centre is to open before the end of the year.
Image: GEORGE MURAGE

A new trauma center opening at Naivasha subcounty hospital by the end of the year is expected to reduce the number of deaths from road accidents by 50 to 70 per cent.

Medics say many patients die while waiting for treatment or being transferred for specialised treatment.

Many road accidents occur in the area.

The Sh331 million trauma facility will greatly improve the situation.

It is being constructed by Kengen and the Nakuru county government.

Hospital superintendent Dr Angeline Ithondek said on Monday the hospital's capacity is overstretched by the high number of accident victims.

“Many of the victims suffering from trauma are those involved in motor vehicle and motorcycle accidents and with the new unit we should reduce the deaths by more than 70 percent,” she said.

She said due to lack of critical facilities and specialised doctors, the hospital must refer patients to the Provincial General Hospital in Nakuru or KNH. The transfer time an worsen patients' conditions.

“In the new outpatient wing we shall offer all the necessary services like CT scans and MRIs and save more lives,” she said.

The new wing will have a major trauma centre,  pharmacy, dental clinic and mother and baby wing.

Ithondeka said the hospital was treating more than 600 patients per day. She said the number would triple in coming years due to Naivasha's expansion and road infrastructure.

The expanded hospital will offer many services that were not available, the superintendent said.

She said the national government was to provide medical equipment while the county would handle staffing.

Project manager Engineer Moses Nhiga said the trauma center was part of Kengen's giving back to the community.

“Kengen has injected Sh300m into this hospital while the county has added another Sh31m to improve the health of our electricity consumers,” he said.

Nthiga said a feasibility study around Naivasha indicates the hospital will be serving more than 2,000 patients daily by 2030.