• Sections of the road have been cut off.

• The volcanic soil in the area has caused the gullies on the road. 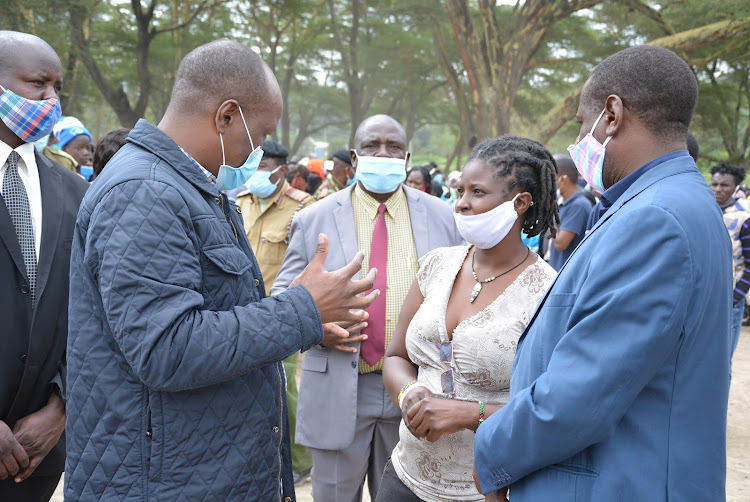 The government will rehabilitate the dilapidated Kongoni-Maella road, to the relief of farmers in the agriculture-rich Maella area in Naivasha.

Farmers have lost millions of shillings every year due to the condition of the 30km stretch. They can't get produce to market and spend a lot of money repairing vehicles damaged by the bad road.

The volcanic soil is eroded into deep gullies.

“Maella farmers feed the residents of Naivasha and Nairobi and the national government has embarked rehabilitating this critical road,” he said.

The governor admitted the breadbasket region has suffered for years due to the condition of the road.

“The national government has set aside funds this financial year for major rehabilitation of this road and we expect food prices to rise,” he said in Ndabibi Centre.

Farmers and traders welcomed the directive, terming it as long overdue and one that will see their profits rise.

Farmer Patrick Gichuki said they were losing crops worth millions of shillings every years because of the road condition.

"We are excited by the decision to tarmac the Maella-Kongoni road as some sections have remained impassable for years," he said.

She said some sections are very dangerous.

"Sometimes, we are forced feed produce to livestock due to lack of market as transporters can't access this area," Njeri said.

Transporter Joseph Njoroge said truck owners had been forced to double the prices of transport along the road due to its condition.

“In the past we have been promised that this road will be upgraded and nothing happened," he said. "We hope  the government will keep its word this time."