Sharpshooter was found in the locked bathroom of her parents' home, a bullet wound to her throat

• Barnaba Kangogo, a retired police officer, said the bathroom where the body of his daughter was found had been locked from inside; couldn't be locked from outside.

• But controversy rages about whether she was murdered. Questions raised about the body position, the gun still in her hand and lack of blood from exit wound. 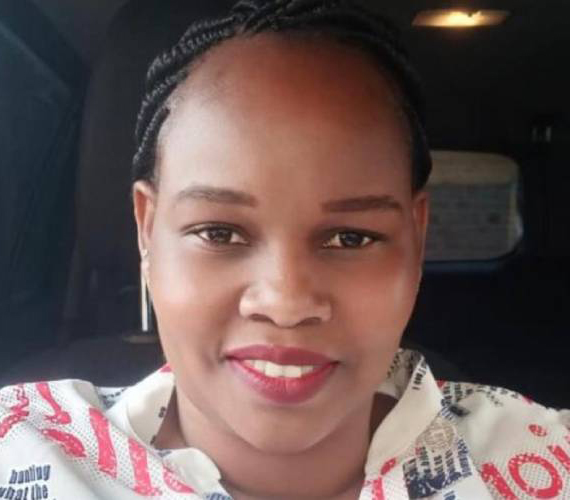 DOGO: Police sharpshooter who killed to men to be buried on Saturday.
Image: FACEBOOK:

The father of police sharpshooter Caroline Kangogo who killed two men says she shot herself dead and there is no need to speculate on murder.

Barnaba Kangogo, a retired police officer, said the bathroom where the body was found had been locked from the inside.

“We found the bathroom locked from inside and there was no way someone would put her inside and lock it from outside. She did it herself," her father said at his home at Nyawa village in Keiyo, Elgeyo Marakwet county.

Caroline had a single bullet to the throat.

The circumstances surrounding her death have raised a huge debate, especially online, as many Kenyans asked if the officer shot herself dead or was killed by unknown people who may have stage-managed the death scene.

Some experts questioned how Kangogo could shoot herself and the gun remain in the hand, while her legs were in a relaxed position. They said no blood was splashed on the wall where the bullet passed through. They said the death was not typical of gunshot suicide.

Elgeyo Marakwet county police commander Patrick Lumumba who led officers to the scene said they are treating the death as a suicide. 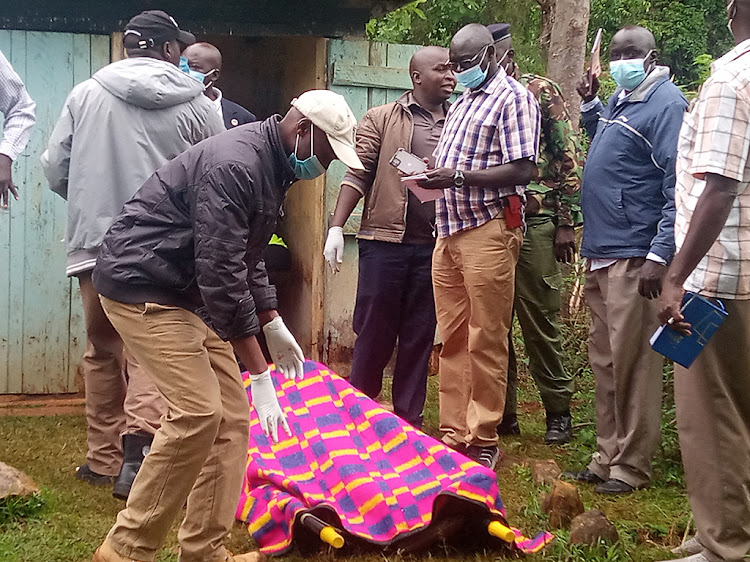 WHERE IT HAPPENED: The house where police sharpshooter Caroline Kangogo's body was found with a bullet wound to the throat.
Image: MATHEWS NDANYI

“We are investigating the matter further and that is all I can say," Lumumba said.

Barnaba told the Star his daughter found a boda boda rider who dropped her near the home on the night before she was found dead.

“The rider did not know it was my daughter and he says she asked him to drop her just near the home on the previous night," her father said.

He said they did not notice her arrival at night until when they discovered the body in the bathroom.

The father says the family is devastated by events leading to her death and they have no answer because she took her own life.

“We wish she was alive to explain to us what exactly happened including the killing," he said.

Caroline had wished to be cremated based on messages on her phone, however, the father said her family will give her a decent burial, probably on Saturday.

He spoke as detectives from Nairobi arrived in Elgeyo Marakwet to probe the circumstances that led to Caroline's death.

She had been on the run for 11 days and was wanted for the killing of two people including a police colleague in Nakuru.

The detectives and family members will witness an autopsy performed on Caroline's body at Iten County Referral Hospital, pending investigations into her death.

Questions were raised about the position of the body, the gun in her hand, the injuries on the body and the flow of blood in the bathroom, which some experts said were atypical of suicide.

The detectives will probe how Caroline avoided arrest for almost two weeks, only to be found dead at home in the wee hours of Friday morning.

“I was going to shower in the bathroom only to stumble on the body of my daughter inside. I was shocked," her father told police at the scene.

Lumumba said no one in the compound heard the gunshot that ended Caroline’s life.

Lumumba said Caroline shot herself through the neck with a single bullet that was recovered at the scene, including her mobile phone and other items.

One of her hands was in the pocket of her yellow jacket and experts said there did not appear to have been a struggle.

Some residents of Iten town claimed to have seen her at 5am after which she allegedly boarded a motorcycle and headed to the home.

Some experts also questioned the draft confession text messages found in Caroline’s phone at the scene and said they might not have been written by her.

“We do not know anything about the messages because the phone was taken by the police," Mzee Barnaba said.

In the texts, she allegedly attempted to explain her actions blaming her former husband who is a senior police officer and also saying she had been frustrated by her family and a senior boss in Nakuru.

The confession allegedly emerged hours after her body was found at her parents' home in Elgeyo Marakwet.

The policewoman said in the messages ascribed to her that she suffered depression and complained about her husband whom she accused of philandering and neglecting her and her children.

The message appeared meant for her brother as she asked him and her parents to take care of her children because "their father is too much into women."

Caroline asked that she be buried at her parents' home because her husband "dumped" her. 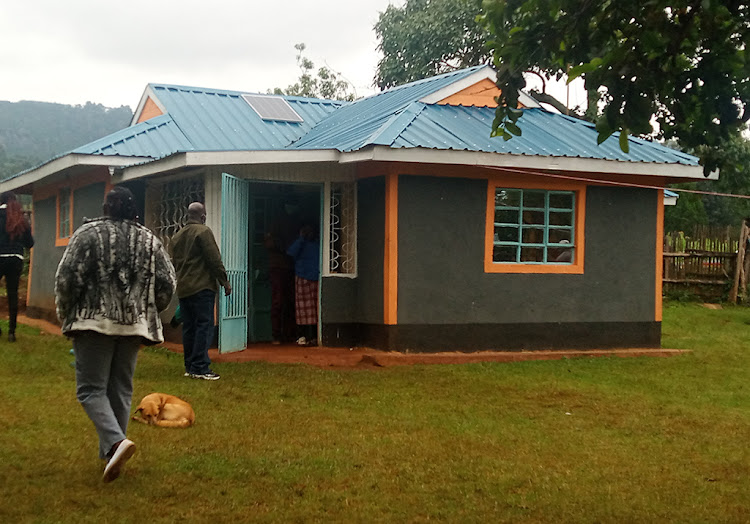 She was a suspect in the killing of two people, including police constable John Ogweno, in Nakuru on Monday, July 5.

She later allegedly shot dead Peter Ndwiga Njiru, 32, in lodging in Juja, Kiambu county, about 200km from where the police officer died.

Autopsies showed Ogweno died of a haemorrhage and Njiru died from bleeding from the head.