I contracted TB of the intestines from raw blood and milk

Leseni did not know the food she loved would cause her the deadly diesease she was diagnosed with in 2011. 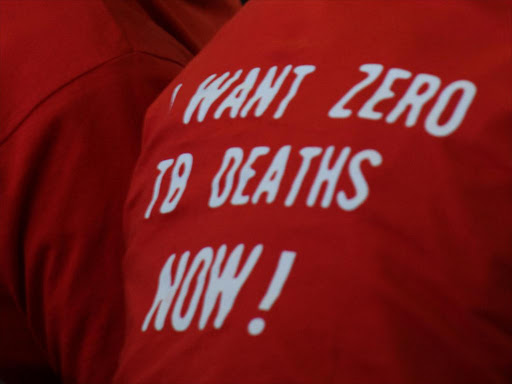 Every time her father slaughtered a goat, Timpiyan Leseni would feast on the blood.

Raw blood, milk and meat are staple foods of the Maasai.

Born and raised in Kajiado, little did Leseni know that the food she liked would cause her tuberculosis of the intestines, a disease she was diagnosed with in 2011.

At first, the doctors could not tell what she was suffering from until samples from the laboratory confirmed that she had TB of the intestines.

“When I was growing up, milk was the in thing. Any time my dad would slaughter a goat, I would ensure I took the blood. I went through a major operation and they removed a lot of pus. I wanted to see the pus but the doctor could not allow me because they said seeing it would traumatise me for the rest of my life,” Leseni says.

“The results came and I was told I had TB. I was shocked to hear I had TB of the intestines so I wanted to know how I got it. That is when the doctor explained to me that I got it from food”.

She had lost weight, at some point she weighed just 37kg. Her family would always visit her every week just to see if she had added some kilos.

Leseni was treated at AIC dispensary in Kajiado for seven months before she fully recovered.

“In the seven months I was okay but it took me a year to come back to life, to be stable and start walking again. As I was taking my medicine I always thought about my community and whether they knew that their staple food could kill them,” she says.

Leseni decided to act. She started sensitising her people about the dangers of taking raw dairy products. She wanted them to know the importance of boiling their milk and blood before drinking it.

She started fighting the stigma associated with TB when she realised that people suffering from the disease were neglected, some isolated in their homesteads with no attention.

Older residents would be isolated in their small huts. Nobody entered except one person who took them food.

Leseni's job involves tracing the families on her list by going from home to home to ensure all who are affected have access to quality healthcare.

“I teach women about how to prevent TB. Our huts have very small holes we call windows. One of the easiest ways of preventing TB is good ventilation, so I started creating awareness by telling them that we needed to ensure the small holes are modified and are made bigger.”

Her effort has borne fruit as people in the community now know that TB is a preventable and curable disease. Those who suffer a cough are referred to the health facility for proper medical check-up.