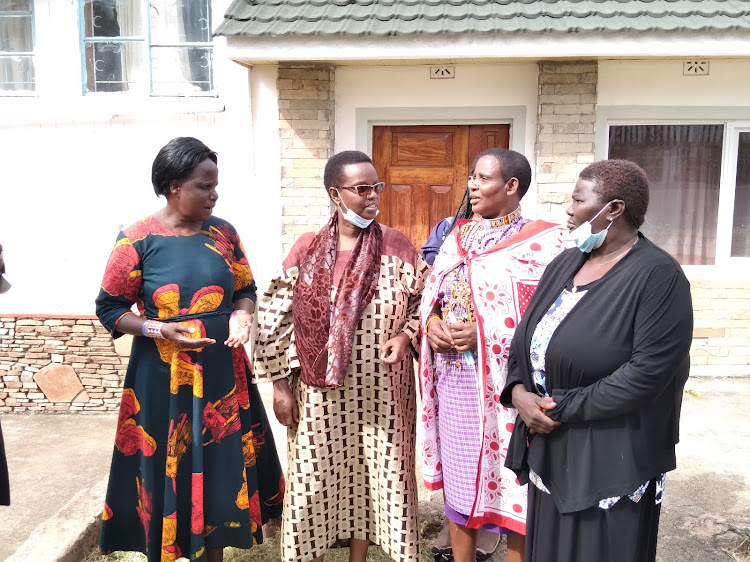 Former heritage Minister William Ntimama's family has called on politicians to shun mud-slinging and other politics during the burial of their mother, Dorcas Pedelai Ntimama.

Ntimama’s daughter Lydia Ntimama said they expect politicians from different political sides, hence, the need to ban all political comments and not to exploit the funeral for personal advantage.

Mama Dorcas, 85, died on June 24 at a Nairobi hospital. She will be buried on Saturday.

“My mother was a prayerful person, there is no need of spoiling her burial with too much politics. We need to give her the decent send-off that she deserves,” her daughter said.

She called on mourners to follow strict Covid-19 regulations during the ceremony at Motony village in Narok North subcounty.

Lydia said her mother was a great pillar to her husband, famous for fighting for the rights of the Maa people.

“Behind every successful man, is a woman. She was indeed the backbone of my father’s success,” she said.

She added that her mother was a prayerful person who dedicated most of her time to pray for Kenya, her husband, family and the Maa community.

“Since my father's demise in 2016, my mother remained a great pillar of our family and encouraged us to keep peace with everyone. We will surely miss her,” Lydia said.

Group spokesman Ita ole Kiok described her death as a big blow to the Maasai community as she was as a gracious woman who worked tirelessly for the wellbeing of society.

They said Dorcas will be fondly remembered for the community development initiatives she drove.

She generously led initiatives for development of churches. She was successful on many fronts,  from the family level to entrepreneurship.

She was also a great farmer, evidenced through large-scale farming of barley and wheat in Mau Melili.

"She was the compassionate mother of many in Narok county who supported many orphaned children,” the spokesman said.

Uhuru prayed to God to grant the family fortitude and grace to bear their loss.
Counties
10 months ago
by KIPLANGAT KIRUI Correspondent
Rift Valley
06 July 2021 - 22:00