They are now competing for the little water in the pools with wild and domestic animals. 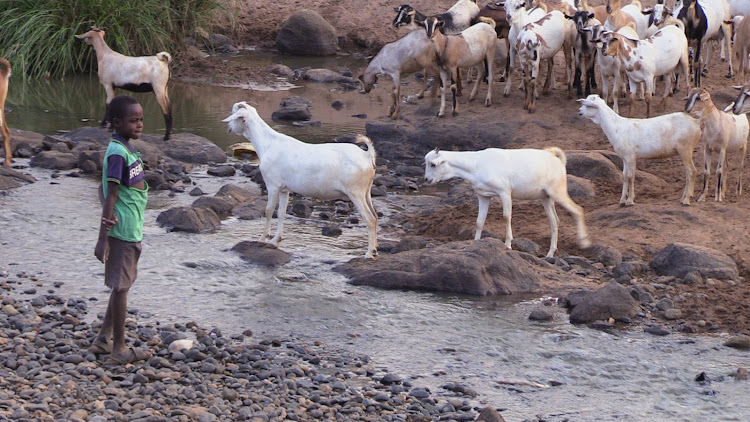 Residents of Ilmotiok in Laikipia North subcounty have called on the county government to provide them with clean water for domestic use after their regular sources dried up.

The residents said there is a risk of eruption of waterborne disease since they have been sharing contaminated water from Ng'are Ng'iro river with domestic and wild animals.

Resident Peter Kosiani said the river, which is their only source of water, has completely dried up. They are now competing for the little water in the pools with wild and domestic animals, making it unsafe for human use.

“Complaints of diarrhoea and vomiting have been reported among residents. We might face danger if residents continue consuming the commodity,” Kosiani said.

Women and children are walking long distances in search of the commodity, spending more hours on the single activity, while those who can afford are using motorbikes to look for it.

Paul Keshine called on the Laikipia county government to use its water bowsers to supply residents twice a week before the situation becomes worse and out of control.

Laikipia North is experiencing a dry period after rains failed in the region and farmers upstream have been accused of water abstraction for irrigation, rendering the rivers downstream to dry.

Post a comment
WATCH: The latest videos from the Star
by ELIUD WAITHAKA
Rift Valley
22 June 2021 - 22:00
Read The E-Paper