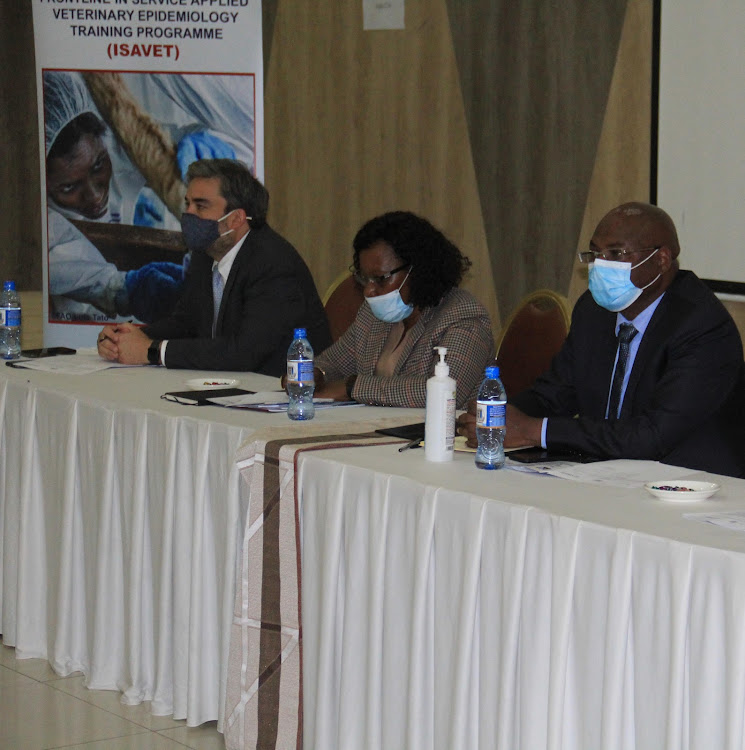 The Government is developing an efficient and effective veterinary service that will deliver animal health services to protect our animals, Principal Secretary in the Ministry of Livestock, Harry Kimtai has said.

He said a number of diseases exist within our country that pose a serious threat to livestock production and prevent the animal husbandry sector from achieving its full economic potential.

Kimtai said zoonoses such as Rift Valley Fever, rabies, brucellosis and anthrax which affect humans, domestic animals and wildlife were diseases that have been known to exist in Kenya since the start of the last century.

Speaking in Nakuru when he officially opened the Country In-Service Applied Veterinary Epidemiology Training (ISAVET) the PS said the diseases hinder participation in international trade of livestock and livestock products while at the same time reducing local trade in live animals, meat and other animal products.

“A number of these diseases are zoonoses and pose a direct threat to human health when they spill over to humans from animals and states are more awake now with the advent of covid-19,” he said.

Kimtai said given the subsector’s big role in the country’s economy, the government committed to investing more in animal vaccinations and welcomes ISAVET course.

ISAVET is being supported by the FAO through the Workforce Development Action Package of the Global Health Security Agenda (GHSA) initiative under Usaid.

Kimtai said the threat posed by these diseases had grown over time as evidenced by their increased incidence and geographical spread to an extent that they are referred to as emerging diseases.

“This unwarranted situation calls for more effort to be placed in the detection and response to zoonoses at the animal, human and environment interfaces,” he said.

The PS said the veterinarians and para-veterinarians in the public sector who graduate from ISAVET course were expected to play a crucial role in carrying out effective surveillance, field investigations and emergency responses.

He said ISAVET would contribute immensely towards building the capacity of our veterinary services at the sub-national levels.