Kisalu said no individual will be able to enter the forest, hence, it will regenerate naturally, with some planting

• Kisalu said they are building a 30km fence from the Kebeneti area to the Triangle area to protect the water catchment from any human encroachment and destruction.

• The project that began three months ago is expected to be completed in four months by the Kenya Water Towers Agency. 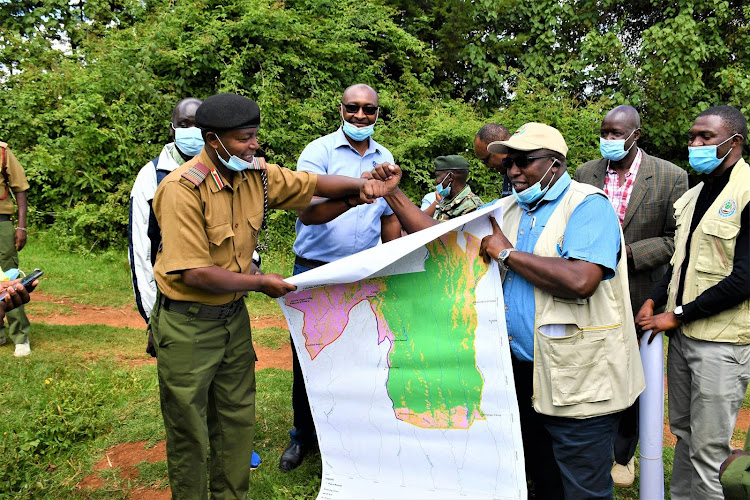 Kisalu said they aim to build a fence 30km from the Kebeneti area to the Triangle area to protect the water catchment land from human encroachment and destruction.

The Sh8 million project is being undertaken by the Kenya Water Towers Agency.

Kisalu told the Star the construction that began three months ago is expected to be completed in four months.

“Already they have fixed posts over 15km. They are clearing the bush and digging holes to fix posts in the remaining 15km," Kisalu said.

He said no individual will be able to enter the forest land, so it will regenerate naturally, free from any human interference.

However, the  administrator praised residents for supporting the project and giving their input whenever they are asked to help.

“At first, the people were resistant. They did not want the forestland fenced because they had high hopes of going back to the forest. However, after several sensitisation forums, the residents living around the forest accepted and are now key in helping to fence the forest land,” the DCC said.

The Kenya Water Towers Agency plans to put up an electric fence round the entire water tower, covering 119km.

The fence is estimated to be complete in eight months as the agency seeks more funding for the remaining 89km.

The water towers agency is urging stakeholders to adopt a block of 247 acres (100  hectares) for 100,000 seedlings or a kilometre of fence estimated at Sh2.5 million.

In 2018, under the Phase I reclamation exercise, 11,119 acres (4,500  hectares) of forest land were recovered from areas that included Kass FM and Kosia in Maasai Mau.

The total area  under rehabilitation is about 51,892 acres (21,000 hectares). Maasai Mau was the most encroached water tower of the 22 blocks of the Mau Forest Complex Water Tower.

The Mara-Serengeti trans boundary ecosystem relies heavily on the Mara River whose origin is the Mau Forest Complex. The largest tributary is the Amalo River that originates from the Maasai Mau Water Tower.

The ecosystem supports wildebeest migration, a renowned tourist attraction classified under Unesco as a natural world heritage site and the eighth wonder of the world.

Solar-powered and main energisers will be used to construct the barrier
Counties
1 year ago
by KIPLANGAT KIRUI Correspondent
Rift Valley
09 May 2021 - 22:00