Over 600,000 at risk as drought ravages Turkana

Some 4,193,462 goats and sheep could starve, devastating livelihoods.

• Turkana has not received rainfall since August last year. 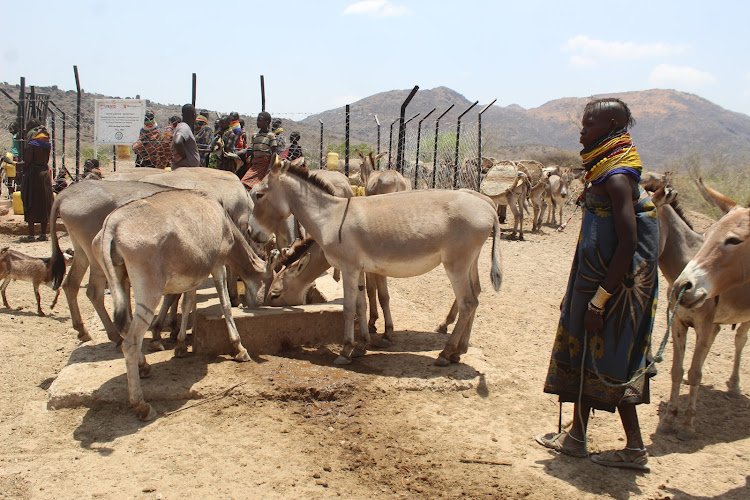 More than 600,000 people are at risk of starvation due to drought in Turkana, the county administration has said.

Deputy Governor Peter Lotethiro said the entire county is affected by drought and hunger. Turkana has not received rainfall since August last year.

Lotethiro said 50 per cent of the population (about 640,000 people) are facing starvation as the drought persists.

In March, the Turkana government began distributing relief food worth Sh419 million to the families affected by famine.

Governor Josphat Nanok said the drive was meant to cushion residents affected by the drought.

He said Kibish, Turkana North and Turkana East were first targeted, but the drive would be extended to Turkana Central and other areas.

“Relief food distribution is ongoing to the affected families. We are also facing the challenge of water scarcity. Water pans and boreholes have dried up or have been overused, leading the water table to go down,” he said.

He said the county is collaborating with partners to ensure that areas where water sources have dried up or were destroyed, get water through trucking or repair of the destroyed ones. 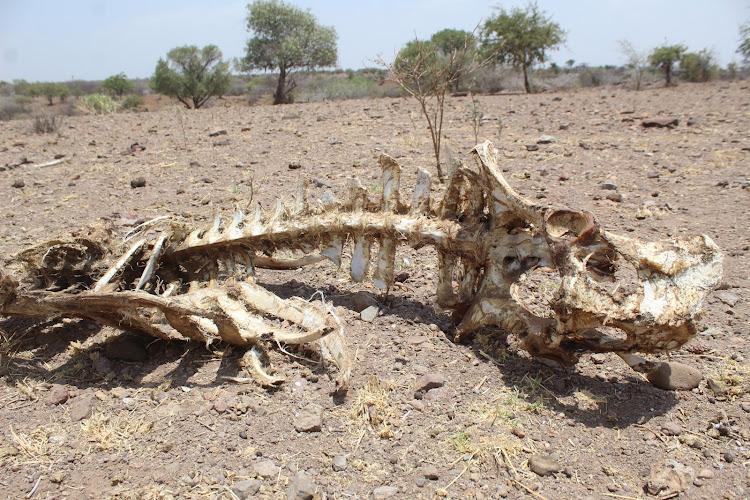 Meanwhile, the county Department of Livestock Production has said 4,193,462 goats and sheep are at risk because of the drought.

Officials from county departments and non-governmental organisations attended the meeting.

“Drought effects have progressively worsened as the county experienced delayed onset of March-April-May rains. Generally, the whole county is at alarm phase, except for some pockets in the agro-pastoral livelihood zones that seem to exhibit the alert phase indicators though rapidly worsening,” the report states.

Aemun said the county will distribute supplementary feeds and slaughter livestock for off-take to help pastoralists from suffering losses.

He said he intends to mobilise financial resources from the county budget as well as source support from other willing partners.

They will procure about 400 tonnes of supplementary feeds to target 4,000 households and 100,000 sheep and goats countywide.

Acting director of Livestock Production Bobby Ewoi said about 5,000 sheep and goats will be slaughtered and owners paid Sh4,000 each. Some 2,500 households will benefit.

Aemun said that the drought had forced herders to migrate to new areas in search of water and pasture, making them vulnerable to both diseases, hunger and security risk.

The report states that Kalapata and Lokichar in Turkana South and Katilia and Kochodin areas in Turkana East require urgent intervention.