Lenku under siege as clan politics play out

• In 2013, ODM’s David ole Nkedianye, riding on the popularity of his party leader, Raila Odinga, swept nearly all the votes to win that election.

•In 2017, Joseph ole Lenku, a little known politician who left government under murky issues, including the Westgate saga, won that election, which was termed “controversial” by the opposition. 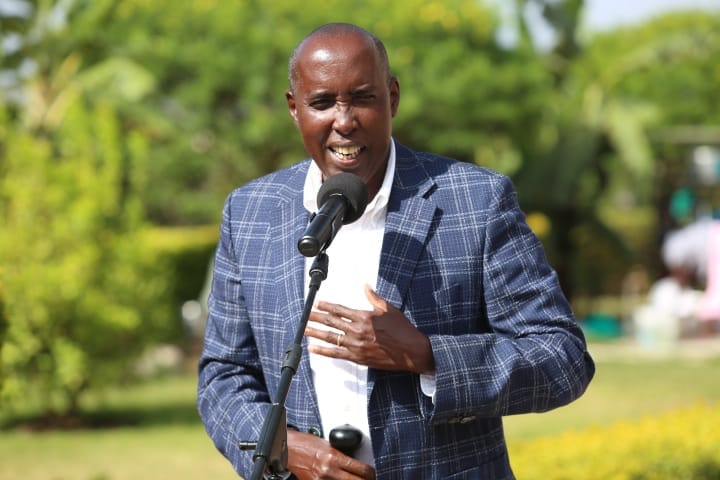 A political showdown is expected in Kajiado county as the clock ticks towards next year's general election.

In 2013, Nkedianye rode on ODM's popularity and that of party leader Raila Odinga and swept nearly all the votes to win that election.

He, however, lost the seat in 2017 to Lenku, then a green horn in politics having left government as Interior Cabinet Secretary on a low note, particularly his handling of the Westfate Mall terror attack.

Lenku won on the Jubilee Party ticket, an election ODM termed as 'controversial'.

The governor believes he has united the Kajiado people more than before and the prevailing peace has presented an environment conducive for development.

Soon after his election in 2017, Lenku sacked all staffers supposedly associated with Nkedianye in the procurement department and replaced them.

He also stopped projects that had been initiated by his predecessor on claims they were not properly procured. They include the international sports complex in Ngong and the library in Kajiado town.

The 2022 battle royal will be spiced up by the entrance of Kajiado East MP Peris Tobiko, who made history in 2013 to become the first elected woman, trouncing all  the men who challenged her.

She is known to her fans across all the plains and ridges of Kajiado as 'The Iron Lady'. The University of Nairobi political science graduate is an orator and takes  on her opponents anywhere and at anytime. 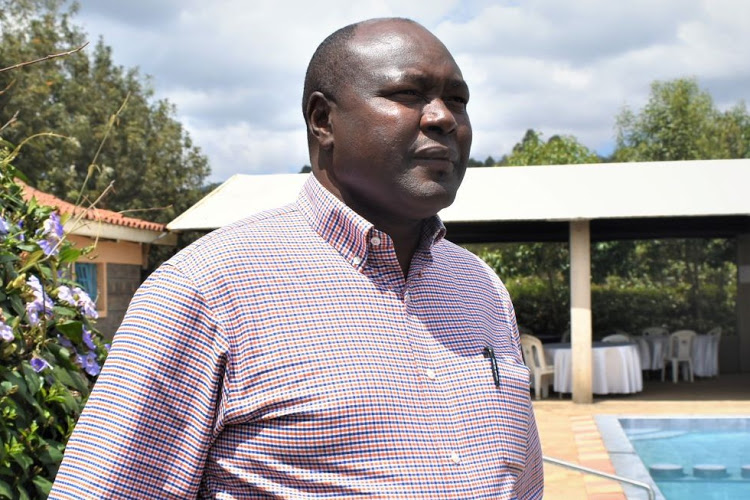 Former NTSA directorgeneral Meja is expected to announce his governor's bid at his rural home in Kimuka on April 30.

In a recent popularity poll  on social media in Kajiado, Meja surprised people after he thrashed many other candidates.

One of his pet projects at the NTSA is the consolidation of all its services in one online platform - the Transport Information Management System.

“I am proud to have used my position and the wide networks I created over the years to lobby job opportunities for many young people both in the private and public sector,” Meja said.

Nkedianye holds a PhD in Dry Land Management and taught in various universities across the country before and after serving as Kajiado’s first governor.

“Everything went wrong after that 2017 General Election. Everything that I started was buried alive by the current regime of Lenku. The people of Kajiado will at least remember me for the road and water projects I started after devolution was introduced,” Nkedianye says.

He notes that during his regime, no revenue was stolen and that he paid suppliers fairly without bias or delay.

Metito, 47, the chairman of Defence and Foreign Relations Committee of the National Assembly, holds a BSc (Microprocessor Technology and Instrumentation) degree from the University of Nairobi.

He was appointed Minister for Provincial Administration and Internal Security by former President Mwai Kibaki on September 24, 2017, after serving as an assistant minister for regional development, a position he held since 2008.

He was first elected on  the Narc-K ticket in a by-election in 2002.

Metito is expected to ride on his development record in the governor race,  having served the people of Kajiado South for 20 years. He is the seniormost politician in the race.

He says he is driven to vie by the need to curb corruption in the county government.

“The county is being run like personal property. Many things are going wrong in this system, which I want to put into the right perspective,” Metito said.

He comes from the same subcounty as Lenku but different clans.

Kores is an old hand in Kajiado politics after having served as the chairman of the old county council. He is currently in ODM.

While Governor Lenku is a Jubilee Party member, he is  leaning towards the One Kenya Alliance.

After Lenku endorsed One Kenya Alliance, he said he will unite all the Maa counties to support the political outfit.

This did nor augur well with Jubilee supporters,  who as a result trooped to UDA.

Tobiko is also in Jubilee, while Meja has not stated his political party.

Katoo is the UDA’s point man in the region and will be vying on the party's ticket.

DP William Ruto’s popularity in the region is likely to influence the outcome of the race.

Ruto, who is associated with UDA, has the support of 26 MCAs, who have indicated they will ride on the 'Wheelbarrow party'.

Those in leadership pretend to curse anyone promoting clanism but troop to elders at night, especially when campaigns near.

All the hopefuls who want to unseat Lenku come from the Odomong’i clan, which might hand Lenku an easy reelection.

Kajiado is a metropolitan county and hosts citizens from across the country, mostly from the Kikuyu community.

The majority of the Kikuyu, the Kisii and other non-Maasai people are businessmen who have fallen out with the current regime after it allegedly imposed high taxes on the construction industry and their businesses licenses.

Contractors and suppliers say they are owed huge sums by the county.

But those close to Lenku’s administration blame the National Treasury for failing to disburse county allocations on time.

“Lenku should not take any blame here because all the money comes from the National Treasury. We have not received our equitable share from November last year,”  former Finance executive Alais Kisota said

Kajiado North politician Onesmus Ngogoyo said the next governor must pick a deputy governor from the north.

“We have agreed as the people from the north to stand with a governor who stands for equality, an all-inclusive person and not a tribalism supporter,” Ngogoyo said.

Kajiado North and Kajiado East constituencies carry the largest number of voters, and 90 per cent are non-Maasai. 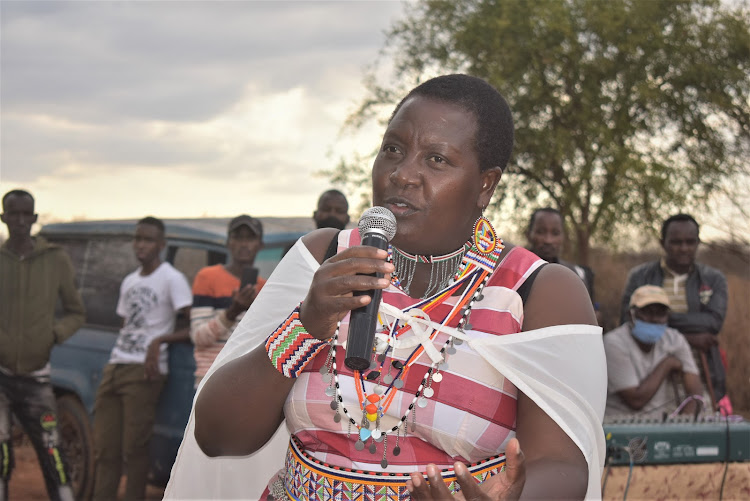 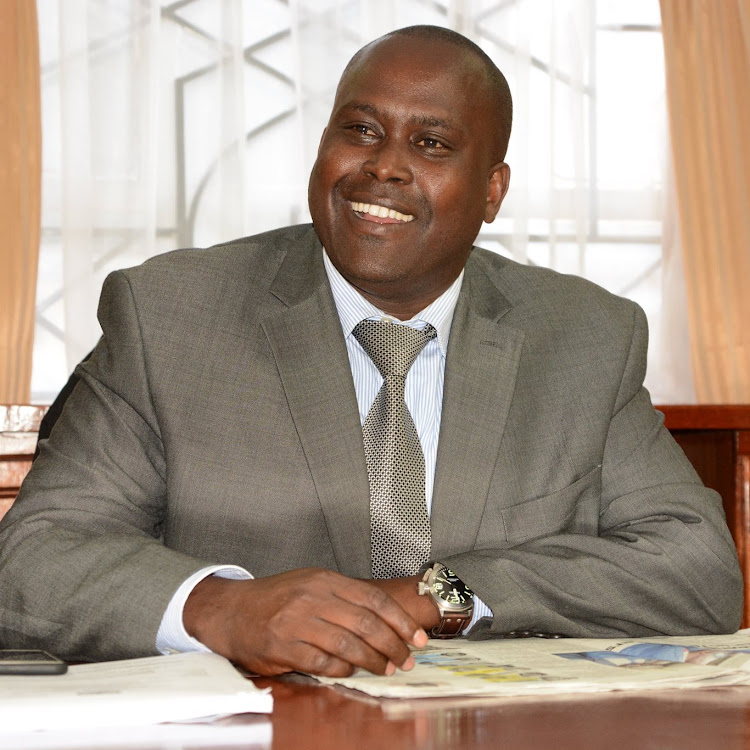 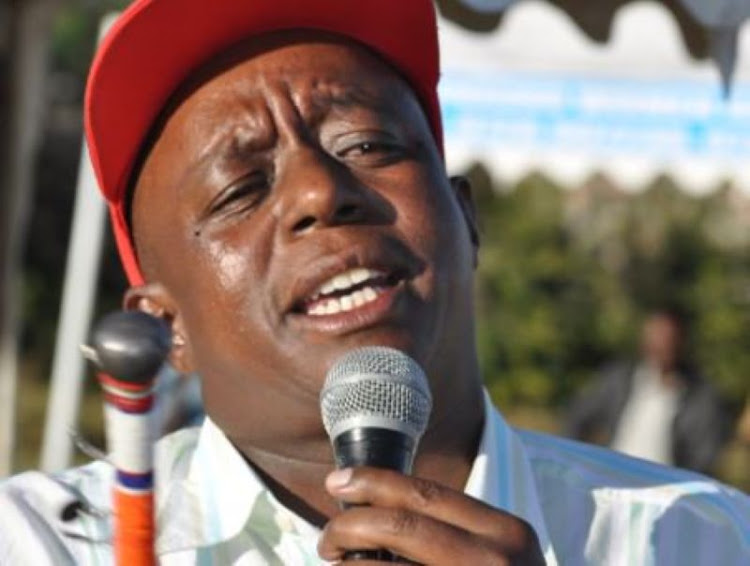