No cars, staff for deputy as Tolgos's succession hots up

Wesley Rotich fuels his vehicle and pays for his travel expenses

• Tolgos is serving his second and last term in office and is jittery about Kiptoo succeeding him. 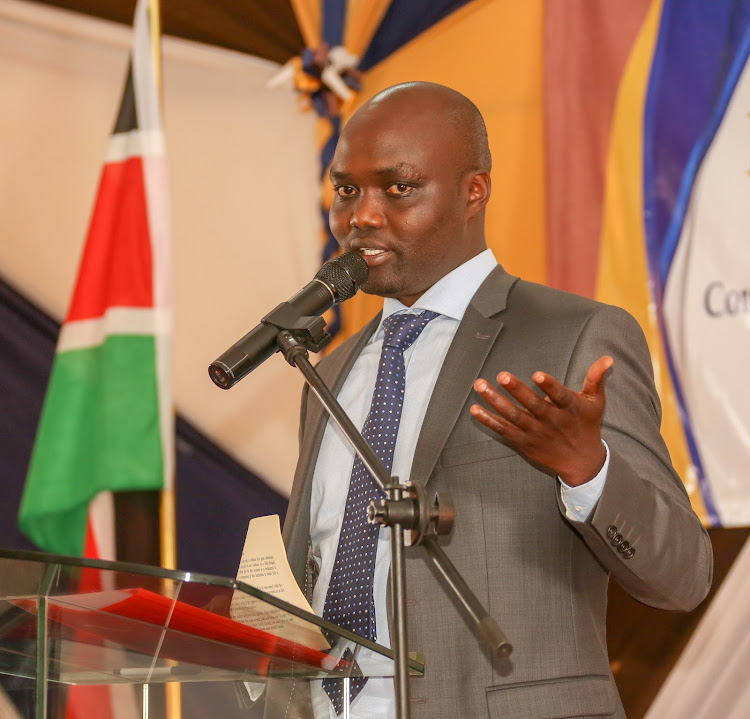 Rotich fuels his car and pays for his travel expenses when out to represent the county. His allowances have been halted.

Rotich's boss, Governor Alex Tolgos, who supports Senator Gideon Moi appears to be sidelining him. Tolgos is serving his second and last term in office and is jittery about Rotich succeeding him.

Unfazed, the reserved Rotich has been carrying out extensive grassroots mobilisation to put himself in a vantage position to take power.

On February 20, Rotich hosted Ruto in Iten town for a function to raise funds for boda boda operators. It was a big deal and signal of Ruto's endorsement of his bid.

The move appeared to have rattled influential leaders and Rotich was soon arrested and charged in an Eldoret court with issuing a bad cheque to a trader. He denied any wrongdoing.

Ruto's spokesman and Soy MP Caleb Kositany who escorted Rotich to the court said the deputy governor was being targeted because of his support for the DP.

“Despite such threats, we will soldier on as the hustler team that has many Kenyans,” Kositany said.

Rotich’s woes worsened when MCAs in the county voted to reject the Building Bridges Initiative Bill. Ruto has rejected the document for expanding the executive. The DP has said it is an unnecessary burden on taxpayers.

The MCAs' rejection of the Bill and Rotich's perceived role in it was another reason for the falling-out with Tolgos.

The governor is the Rift Valley chair of the BBI team. His allies in Iten accused Rotich of mobilising the MCAs to rise against the BBI Bill.

Since then, bloggers allied to powerful individuals in the county have used social media to attack Rotich's character. The deputy governor has kept a stony silence.

Rotich declined to comment on his differences with Tolgos. The governor also did not respond to calls from the Star.

Rotich's supporters such as youth leader Ben Kiptoo want him to be accorded all the things he needs to execute his duties.

“The DG should be given respect and all the benefits that go with his office because he is a leader in our county,” Kiptoo said.

Scores of politicians eyeing Tolgos's seat next year have emerged to stake their claim.

Banker Thomas Kipkoech Karamai is among the leading contenders for the position.

“I will vie and I have set a clear agenda to take the county to the next level through the empowerment of youth, women and our farmers so that they can better our economic growth,” Karamai said.

Environment and Forestry PS Chris Kiptoo is also expected to vie for the governorship. Kiptoo has yet to declare interest in the position.

Some residents say should PS Kiptoo throw his hat in the ring, then the politics of the region will completely change.