He served as Nairobi airport manager for KLM, Swissair and SAS Airlines.

• Kiptunen, who hails from Kilgoris in Narok county, was the CEO and the founder of Seasons Restaurants and Hotels.

• He ventured into the hospitality industry in 1999 after starting Aviation Services Limited between 1996 and 1998. 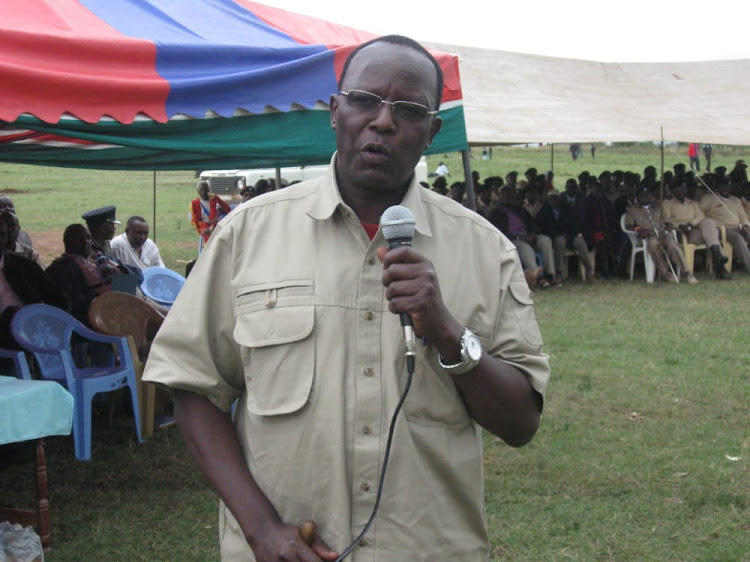 According to the family sources, Kiptunen, 67, died on Tuesday morning while on his way to Avenue Hospital after complaining of chest pain.

The family has ruled out the possibility that Kiptunen might have succumbed to Covid-19 complications, saying he was tested a few days ago and the results were negative.

Kiptunen, who hails from Kilgoris in Narok, was the CEO and the founder of Seasons restaurants and hotels.

He ventured into the hospitality industry in 1999 after starting Aviation Services Limited between 1996 and 1998.

Kiptunen was managing director of Air East Africa for two years and before that he was the general manager Kenya Airports from 1989 to 1994.

He also served as Nairobi airport manager for KLM, Swissair and SAS airlines.

The hotelier holds a diploma in hotel management, airlines operations, airlines management and a BSC in Business Administration.

In the 2013 General Election, he tried his luck in the gubernatorial seat as an independent candidate but lost to Samuel Tunai.

In 2002 and 2007 polls, the hotelier vied for Kilgoris parliamentary seat but lost to the current MP Gideon Konchellah.

While sending a message of condolences, David Mpatiany, chairman Kenya National Chamber of Commerce and Industry Narok branch, said the county has lost a humble and dedicated leader who will be admired for his great contributions to the Maasai community and the nation.

“Today, a dark cloud has engulfed the Maasai community after the sudden demise of a great mind. His legacy will stand as an example for all who have been fighting for the rights of the community,” Mpatiany said.