Warns toxic clinical waste must be incinerated, not dumped in rivers or regular landfills

• Mandago said some public and private health facilities are dumping dangerous toxic waste in rivers, landfills and elsewhere. He demanded incineration and said inspections would begin.

• He said there had been increased felling of trees and general pollution of the environment leading to disruption of rainfall patterns and health- related risks. 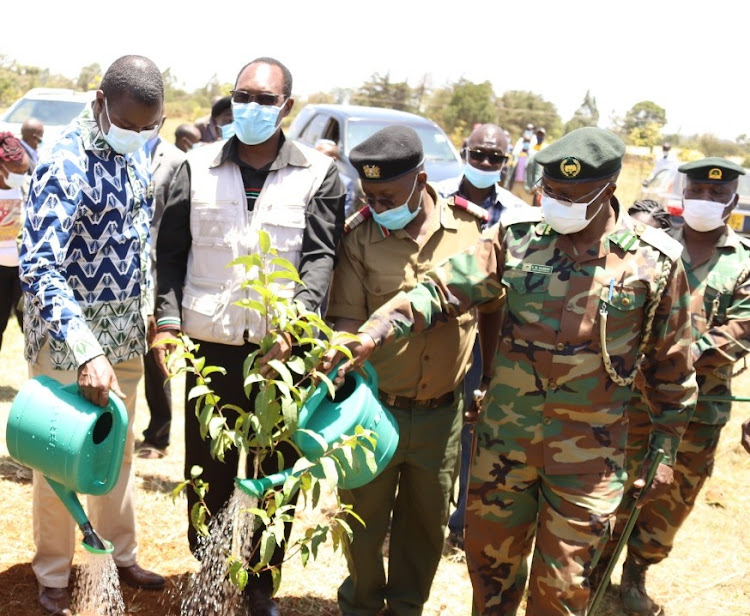 Governor Jackson Mandago of Uasin Gishu has expressed alarm over increased destruction and pollution of the environment in the North Rift region.

He also cited the dumping of toxic clinical waste.

Mandago warned hospitals in Eldoret on Friday  to stop careless disposal of clinical waste or risk having their licenses withdrawn.

The governor said some public and private hospitals were dumping dangerous waste in rivers and other areas used by public. He said  hospitals must instal incinerators or use those at other facilities instead  of putting lives at risk.

“Hospital waste is very dangerous. It's highly poisonous and toxic and we cannot allow careless dumping in the town." Mandago said. He said it cannot be dumped at regular landfills.

Incinerators are available at several facilities and they should be used to destroy all waste, he said. Mandago said a team would inspect all health facilities to find out how they dump waste.

The governor said Kenyans will pay heavily if they do not invest in environmental protection especially planting trees to increase the forest cover and reduction of air and water pollution.

“We have already seen the effects of environmental destruction through the change in rainfall patterns, flooding and rising lakes," Mandago said.

He said human beings were damaging the environment and would pay heavily with effects, including reduced food production.

“As human beings if we don’t change our behaviour, Mother Nature is unforgiving and we will pay dearly," he said.

He said counties should increase planting of trees to enable the country attain the 10 per cent tree cover within few years.

Uasin Gishu residents will plant more than one million trees when the long rains begin," the governor said.