• NCPB bought 300,000 bags from  farmers before stopping the purchase due to lack of funds.

• Farmers are still pressuring government to pay more than Sh16 billion it owes the National Cereals and Produce Board, so the board can resume maize purchase. 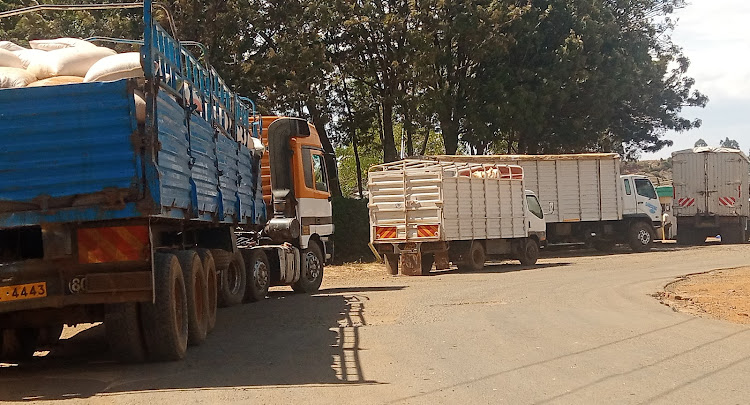 Maize prices have stabilised at Sh2,600 per 90kg bag in most parts of Rift Valley and Western  after the government banned imports from neighbouring countries three weeks ago.

Farmers worry, however, unscrupulous traders are smuggling the commodity through porous border points.

“The smuggling should be stopped though the quantities getting into  local markets are not big enough to significantly affect prices," farmer Felix Kiprop in Trans Nzoia said. He heads the farmers' group in the county.

The imports and suspension of NCPB purchases had pushed prices as far down as Sh2,000 per bag but the import ban caused prices to rise by Sh600 in three weeks.

The NCPB had bought about 300,000 bags from the farmers before stopping the purchase due to lack of funds.

Farmers are still pressuring government to pay more than Sh16 billion it owes the National Cereals and Produce Board, so the board can resume maize purchases.

Farmer Thomas Korogoren said the government should not abandon the NCPB yet it owes the board a lot of money that should be used to revive its operations.

“Let the government give the board the money it owes, then it will be able to operate effectively and serve farmers better," he said.

They spoke at a farmers meeting in Eldoret on Saturday.

More than three million bags of maize had been imported from Uganda and Tanzania, causing prices to drop before the imports were stopped.

The NCPB took in all the maize from farmers who had been lining up at  depots even after the purchase was stopped.

NCPB boss Joseph Kimote said the board ran out of funds after buying 300,000 bags from farmers between January and March.

“We do not have any funding at the moment but we are willing to take in more maize once we get money,” Kimote told the Star on the phone.

Farmers say if given the funding, NCPB would be able to offer even better prices so they can increase production.