Residents threaten to drop the crop in favour of others 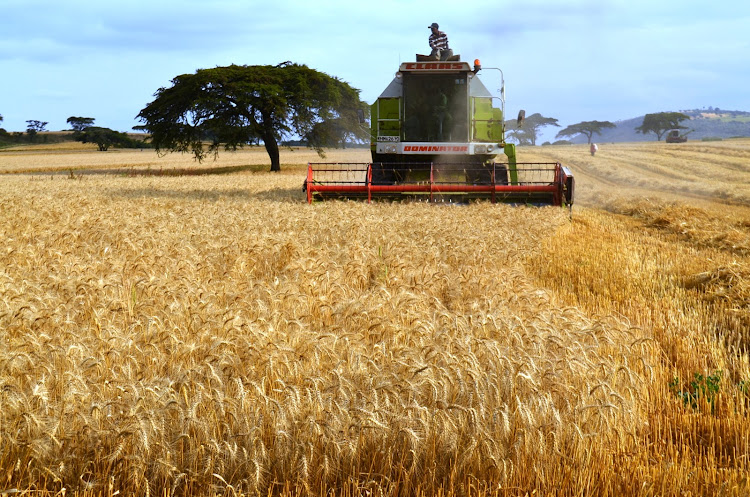 Wheat farmers in Narok county have threatened to drop the crop in favour of others in what they termed increased cost of production occasioned by high fuel prices.

Led by Musa ole Nampaso, the farmers said many of them could be forced to venture into other businesses that would bring them more profit if the situation would not be reserved.

Speaking in the Melili area of Narok North, Nampaso said a large portion of land in the area has remained unused because of high production cost despite the onsets of long rains.

“Most large-scale farmers depend on the tractors for tilling, harrowing, planting, spraying and harvesting. But because of the increased fuel prices, the cost of production has gone too high, forcing many to withdraw from farming,” Nampaso said.

“Currently, a 90kg bag of wheat sells between Sh3,000 and Sh3,500 depending on the season. However, we request the government to regulate this price by fixing a Sh4,000 price that will remain constant throughout the year,” he said.

Another farmer, Abraham ole Dikirr, said despite the good weather condition experienced in the area since last year, many farmers have been forced to shift from wheat farming owing to the high production cost.

“Some farmers have opted to subdivide their land and hire it to other small scale farmers for planting potatoes, cabbage, carrots, maize and peas that do well in the region,” Dikirr said.

Lekina ole Kameto, a wheat farmer from the lower region of Narok, urged the government to intervened saying their hopes of a bumper harvest are dwindling every time owing to the cost of production.

He also want the government to lower the import duty on fertilisers and pesticides for the country to stop relying on imports.

“Also, the government should consider introducing guaranteed minimum returns so that those affected by poor harvests can plant again and service their loans,” Lekina said.

The Narok region is the biggest producer of wheat in the country.

Millers offering Sh3,100 to Sh3,200 for a 90kg bag of wheat but farmers want more.
News
1 year ago
Post a comment
WATCH: The latest videos from the Star
by KIPLANGAT KIRUI Correspondent
Rift Valley
30 March 2021 - 22:00
Read The E-Paper