How Jubilee lost in London ward

• Billed as a test for whether the people were with President Uhuru Kenyatta or his deputy William Ruto, it is the DP's camp that was victorious. 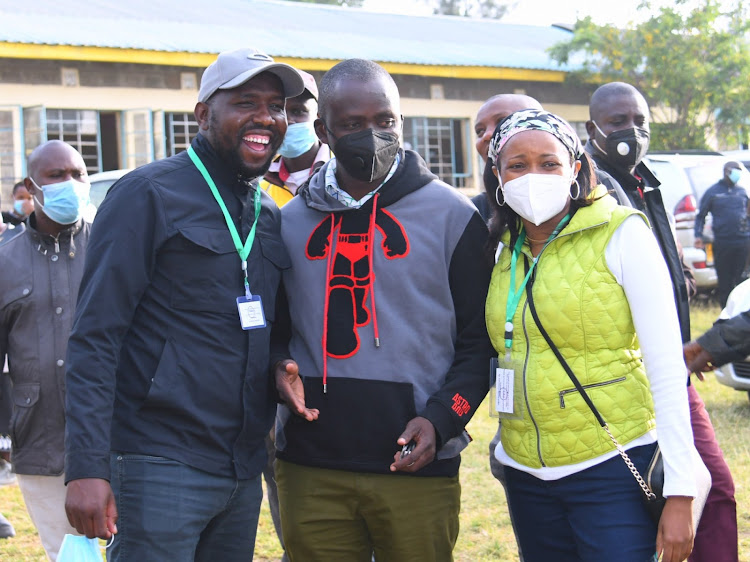 London ward by-election was critical for both UDA and Jubilee Party.

Billed as a test for whether the people were with President Uhuru Kenyatta or his deputy William Ruto, it is the DP's camp that was victorious.

The margin was small but Ruto's allies have basked in glory since the victory. The turnout was extremely low as only about 4,000 of 18,000 registered showed up — a 22 per cent voter turnout.

Ahead of the poll, both parties deployed bigwigs to campaign, with Jubilee sending party secretary general Raphael Tuju and chairman David Murathe to campaign.

The presence of the heavyweights and allegations of voter bribery by both sides were partly to blame for the chaos and violence that marred the elections.

Flag bearer Njoroge was largely unpopular but beat Bernard Maina alias Gatuso who was the favourite among the supporters at the party primaries.

Political analyst Andrew Nyabuto said Jubilee’s imposition of Njoroge on London voters was partly the reason for the low turnout.

“This voter apathy resulted in the lowest turnout in any by-election as fewer than 4,000 of the more than 18,000 registered voters in the ward voted,” he said.

“With severed tied and a brief disagreement between the two politicians, the campaigns seemed to have been left to Arama until the last minute when Governor Kinyanjui supported the Jubilee candidate for the sake of the party,” Nyabuto said.

Arama is an ODM lawmaker and the party threw its weight behind the Jubilee candidate. 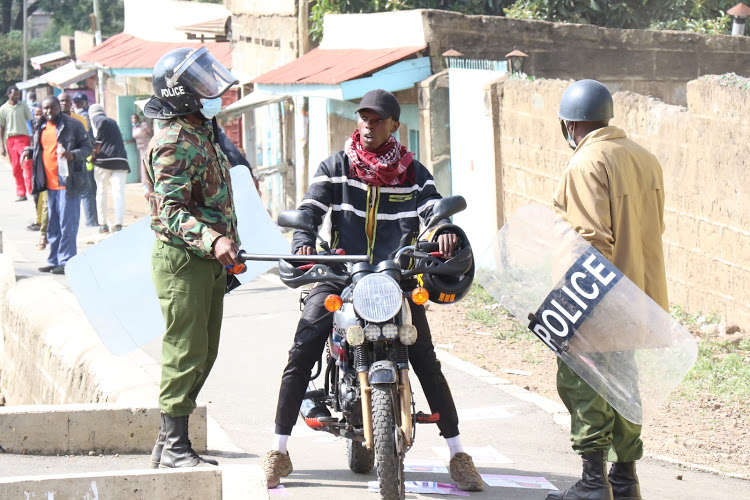 Riot police stop a boda boda rider after fighting broke out during the London by- election on Thursday.
Image: BEN NDONGA

As Jubilee faltered, UDA ran a strong campaign to the election day when they were texting voters to come out and vote for their candidate.

Kihika, Murkomen, Ichung’wah and Malindi MP Aisha Jumwa were among a host of Tangatanga legislators who pitched camp in Nakuru for close to two weeks meeting voters.

By the time Tuju and Murathe arrived, the ground appeared to have shifted in UDA’s favour.

London is cosmopolitan but the majority of residents are Kikuyu. The succession politics pitting Ruto and Uhuru was at play, as UDA sought to show that Kikuyu voters are behind the DP.

But the numerical advantage favoured UDA as it marshalled the Kalenjin and Kamba votes for Nzuki as other three candidates — all Kikuyu — split their community’s votes.

“Kenyan politics is still ethnic and we cannot shy away from saying the fact. Nzuki started off with all the Kalenjin vote in the bag and he had the favour of Kikuyu and Kamba because his parents are from the two communities,” Nyabuto said.

Peter Kariuki, a voter said UDA was keen on being seen to support a Kikuyu to get the appeal of Mt Kenya region in the next general election.

He said the fight for the London seat was also aimed at embarrassing Arama in his bedroom because he is the only vocal handshake MP in the region.

Kariuki said the two main parties invested greatly in the by-election because Nakuru is the heart of Rift Valley as the former provincial headquarters.

He said a by-election cannot be used to gauge the prowess of political parties because it has different dynamics and is always characterised by low voter turnout.

“In a general election politicians campaign in their own region; you cannot see the pooling of resources and human force like we saw in London,” he said.