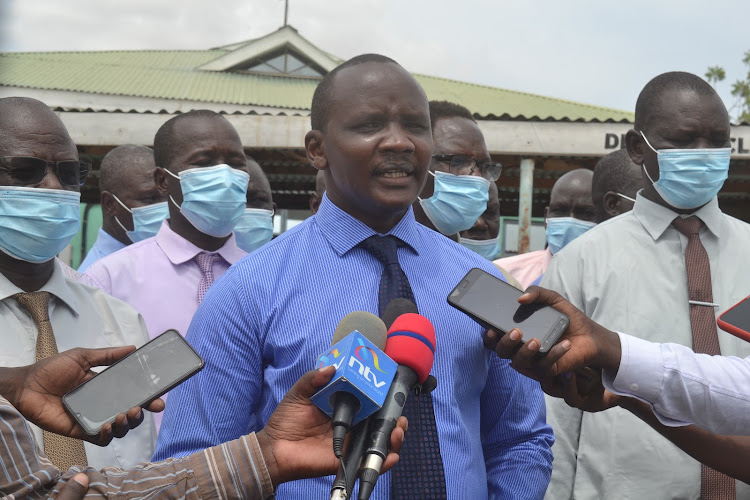 Turkana becomes the 41st county to pass the BBI Bill.

“There were many and rich robust discussions on the provisions of the bill which was a testament to members that have familiarized themselves with the bill and the decision that was made was based on the reasons that members had,” assembly speaker Erustus Ekaale said.

Chairperson for the Committee of Justice and Legal Affairs - Zainabu Lokaale - said the Bill was tabled before the committee on Tuesday. 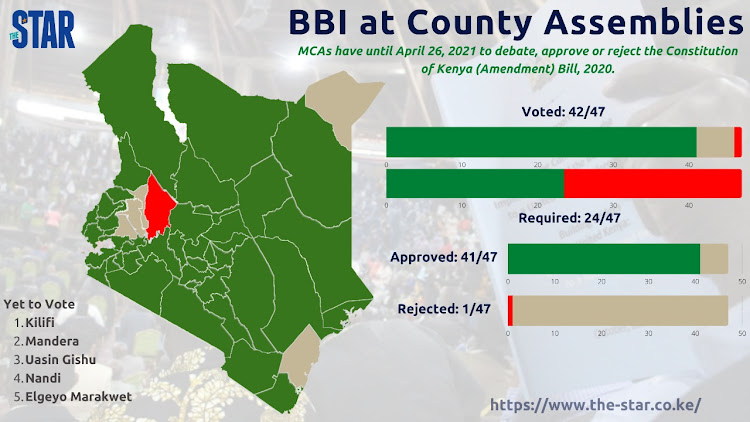 A section of Members of the County Assembly who are BBI proponents insisted and called for the BBI debate to be done on Wednesday.

Cabinet Secretary for Petroleum and Mining John Munyes, MP for Loima Jeremiah Lomurkai and journalists were barred to access the County Assembly precincts to follow the proceedings.

CS Munyes said that the office of the speaker is not supposed to deny them a right to access the precincts of the County Assembly by alleging that there are no chairs inside the chamber.

“BBI Bill discussion is a public agenda; there is nothing to hide. Turkana gets about Sh11 billion and Turkana County Assembly gets about Sh3 billion which is enough amount to acquire seats,” he said.

A section of residents had warned the assembly against slowing down the process of passing the Bill.

They had accused Governor Josphat Nanok and County Assembly Speaker Erustus Lokaale of leading a section of members of the County Assembly to slow down the process of voting.