• Referring to former Nairobi Governor Mike Sonko's court cases, Kiunjuri said the government was fully aware that he had not completed his term at Shimo la Tewa.Yet he was given clearance to contest three elections. 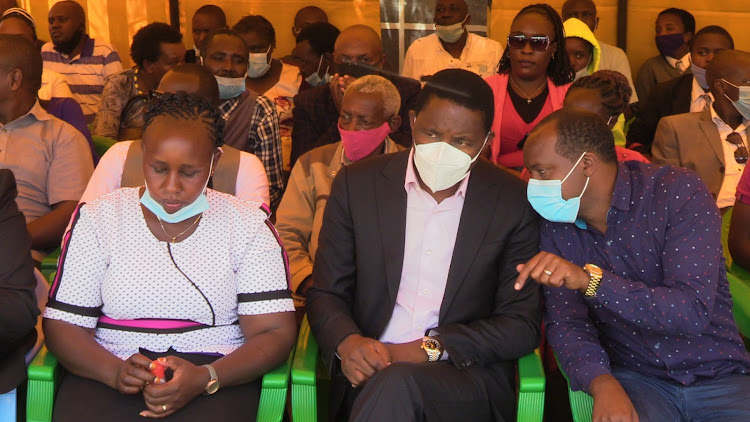 Kiunjuri said the government was fully aware that Sonko had not completed his jail term at Shima la Tewa Prison, yet he received clearance to run in three elections.

Sonko, now impeached and detained, faces an array of charges, including allegedly forming a personal militia and alleged assault.

Kiunjuri, the former Agriculture Cabinet Secretary, fell out with President Uhuru Kenyatta in January 2020 over early politicking and other issues. He was kicked out of the Cabinet and formed his own party.

"Sonko has been in government for years and the same government never prosecuted him. There are many other people in the government who have criminal records and are not being tried since they are friends with some of the top leadership," Kiunjuri said.

He said Sonko has been an MP, a senator and a governor but no criminal charges were preferred against him during that time.

Kiunjuri said though he was not supporting any abuse of office or wrongdoing, selective justice is not the way to settle political scores. That approach will take the country back years, he said.

The former Laikipia East legislator joined mourners during the burial of two children, aged 13 and four years, who died in a house fire in Thome village.

Other leaders called on the Mt Kenya region to unite before the 2022 General Election.

"There is need to have bargaining power with whoever who will be elected President and all delegations to the different functions should ask what the region will benefit from once their preferred candidate takes the day," Kiunjuri said.

The two children died after their father set their house on fire three weeks in Laikipia Central.  They were laid to rest at their home in Marura. The man died.

On the Building Bridges Initiative, Laikipia Senator John Kinyua said those who are leading the campaign have a hidden agenda.

Kinyua said that Laikipia will benefit with an extra constituency if BBI is passed but also said people should be made to understand all its benefits and deficiencies.