• The project will benefit communities, government entities and businesses operating in Turkana county.

• It is funded by the government and the World Bank and will also promote cross-border trade between South Sudan and Kenya. 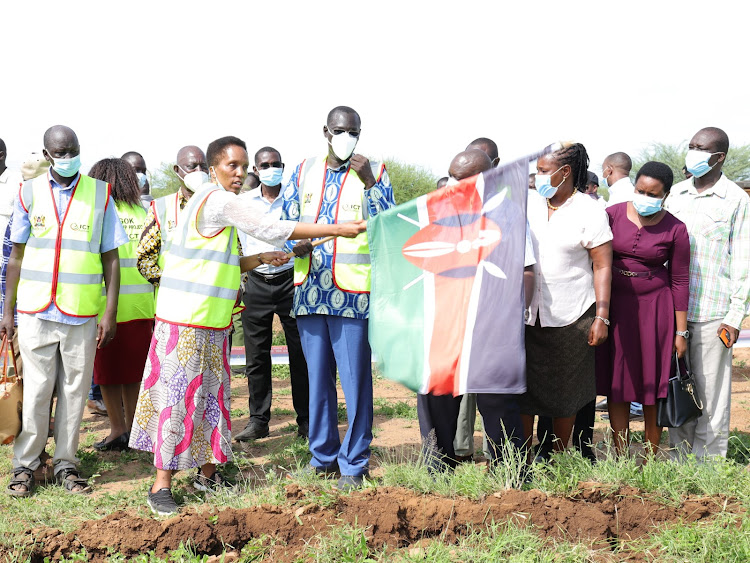 Upon completion, the project will benefit communities, government entities and businesses operating in Turkana county. The Sh3 billion project funded by the government and the World Bank will also promote cross-border trade between South Sudan and Kenya.

“Towns such as Eldoret, Kitale, Lodwar, Kakuma, Lokichar and Lokichoggio will greatly benefit from the new fibre optic cable in line with the ministry’s long-term plans to transform lives through smart ICT infrastructure and bridging the digital divide,” Governor Josephat Nanok said on Friday.

Representing the Ministry of Transport and Infrastructure, James Kungu said the project has been under implementation since November 2015 and will close in December 2021.

“This section of the project will provide connectivity between Northern Rift part of Kenya to the counties of Trans Nzoia, Uasin Gishu, Turkana and West Pokot,” she said.

Speaking during the launch of the East Africa regional Transport, Trade and Development facilitation Programme project in Nadapal, she said the internet connectivity with speeds of 100GB/s will be used by the towns and facilities along the fibre cable corridor.

Hospitals, government offices, schools and telecommunication operators will also benefit. The World Bank is also set to finance the construction of 338km of the road from Lokichar to the border and Kainuk Bridge that borders Turkana and West Pokot counties.

World Bank representative James Theuri noted that as a development partner, the activity on the rehabilitation of the fibre optic cable is complete and ICT services restored in the four counties.

“We are also very pleased with the progress of procuring contractors for the main build cable, noting that procurement of contractors to carry out the civil works and to lay the cable is complete,” he said.

ICT Authority chairman Fredrick Owino said Kenya is an ICT hub for its regional neighbours and the authority has a network plan to cover the entire country.

He added that the mandate of the authority is to provide connectivity and digital services to all parts of the country, with equity to support the digital economy.

“We are delighted to successfully complete a project that is designed to deliver socioeconomic transformation to North Western Kenya and to commence the main build, which will develop a huge information highway from the heart of Kenya to the border with our East African neighbour: South Sudan,” he said.

The two projects are part of the Sh54 billion South Sudan-Eastern Africa Regional Transport, Trade and Development Facilitation Programme that connects Kenya and South Sudan through the laying of a fibre-optic cable and construction of a superhighway.