• Kibias said fraudsters are being investigated and they will be arrested and prosecuted. County staff also probed. 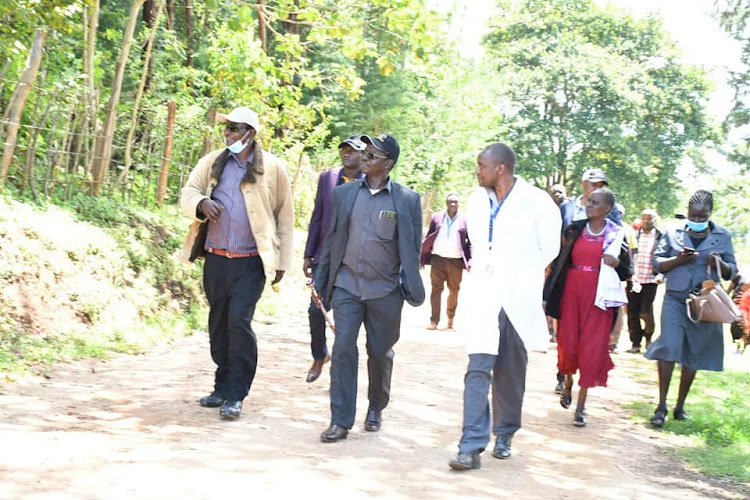 Kenya Power has disconnected many houses in Lityei area in Kapenguria because of illegal power connections by con men seeking bribes.

Residents have been complaining about disconnections, the outcry forcing Governor John Lonyangapuo to visit the homes to determine the exact problem.

He cited cartels in the county working with con men posing as Kenya Power workers. Kenya Power and county staff will be investigated.

Kibias warned the fraudsters they will be arrested and prosecuted.

“Individuals are posing as KPLC officials who con people and instal faulty power lines,” he said.

The official called on the public to help identify the fraudsters since the company is being blamed for fires and problems resulting from  illegal connections.

Kibias said the company is committed to connecting more homes to power and promised to replace faulty transformers so residents get quality service.

"We are committed to reducing this public outcry and these complaints," he said.

Kibias also promised to investigate his own staff colluding with imposters to swindle the public, resulting in disconnections.

He added the company is upgrading primary and substations.

Governor Lonyangapuo said there has been a huge public outcry over frequent power blackouts and disconnections.

“During the visit, we discovered there are cartels at the county offices masquerading as Kenya Power staff who have been receiving payments to facilitate illegal power connections to many homes," he said.

Customers complained Kenya Power disconnected electricity without notice. They said it takes too long for the company to discover power lines are  faulty - but requires customers to pay in the meantime.

The electricity distributor spent a total of Sh64.8 billion to buy 10.7 billion kilowatts of power from 19 producers up from Sh60.4 billion in 2017
Business
1 year ago

Kenya does not need a nuclear power station

Kenya does not need, cannot afford, and should not risk building a nuclear power station on the River Tana
Opinion
1 month ago