• The conservancy is situated at the outskirt of the world-famous Maasai Mara Game Reserve, which is now the eighth wonder of the world.

• UNDP says Nashula conservancy is among the first indigenous-owned and –managed conservancies in East Africa that combines conservation and habitat restoration. 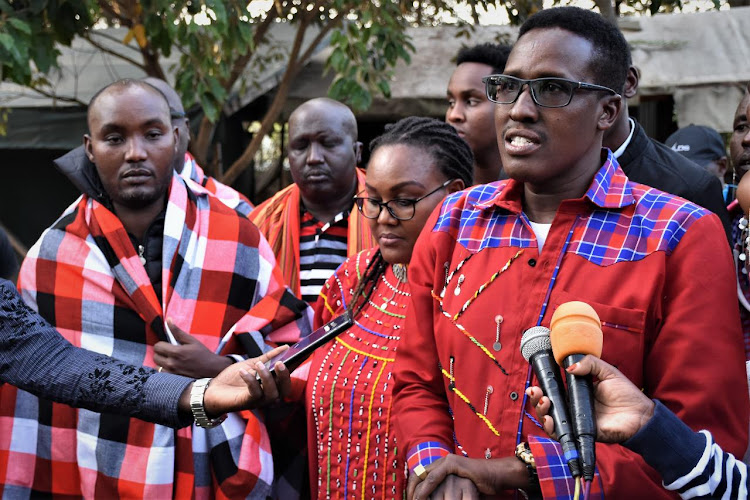 Nashulai Conservancy has been ranked among the top best performers in the world by the United Nations Development Programme.

The conservancy is situated at the outskirt of world-famous Maasai Mara Game Reserve, which is now the eighth wonder of the world.

The coveted Equator Prize award was virtually presented from The United Nations headquarters in New York during the 75th Session of the UN General Assembly held on Wednesday.
The 11th Equator Prize Award Ceremony also honored 10 Indigenous and local communities from across the world in the gala event delivering a powerful message of local leadership to the UN Biodiversity Summit and the UN General Assembly.
The award recognizes outstanding community efforts by reducing poverty through conservation in the sustainability of biodiversity.
UNDP says Nashula conservancy is among the first indigenous-owned and –managed conservancies in East Africa that combines conservation and habitat restoration.
The ecstatic villagers who were following the big-screen event at Oldarpoi camp later ecstatically broke into celebrations to welcome the prize which also comes with a sh1 million as monetary price.
Conservancy CEO  Nelson Ole Reiyia said the award means a lot for the community as the conservancy is among 9 other Indigenous communities selected from over 600 nominees from 120 countries.
"There is a need for wildlife to coexist with humans and that is why our conservancy has been in the forefront in ensuring community awareness and cushion them against the Covid-19 pandemic through feeding of vulnerable members of the society," Reiyia said.

Margret Reiyia expressed that the conservancy has focused on empowering women aside from conservation adding that they have assisted women in soap production in the battle against the Coronavirus pandemic.

Erick Reson, an official of Maasai Mara Wildlife conservancies, lauded the leadership of conservancy for making sure that  Kenya is at the global map.

The winners were awarded a cash prize of US$10,000 (sh1 million) each for their significant work that showcased innovative, nature-based solutions for biodiversity, climate change, and development challenges.

This is the first time the Equator Prize has been awarded to groups in Canada and Myanmar as other Winners are also based in the Democratic Republic of the Congo, Ecuador, Guatemala, Indonesia, Kenya, Madagascar, Mexico, and Thailand.

This is not the first time a conservation organisation from the region is being recognized for its efforts in the conservation of wildlife.
In October 2017, the Maasai Mara Game Reserve was ranked the best park in Africa by World Travel Awards.
The park received the recognition due to its superb plains scenery, unmatched safari activities, diverse wildlife and the spectacular wildebeest migration.

Regarded as the jewel of Kenya’s wildlife viewing circuit, the Maasai Mara beat South Africa’s Kruger National Park, Tanzania’s Serengeti National Park and the Central Kalahari Game Reserve of Botswana to what can be viewed as the Oscar prize of the tourism industry.

World Travel Awards was established in 1993 to acknowledge, reward, and celebrate excellence across all sectors of the tourism industry.
ENDS