Bonfire of 5,713 bows, arrows and spears in Narok South

• Destruction of 4,100 arrows, 1,600 bows and 13 spears in a bonfire was the climax of International Day of Peace celebrations on Monday in Oleshapani area.

• The traditional weapons were voluntarily surrendered by the sometimes-warring Kipsigis and Maasai communities to promote peace. 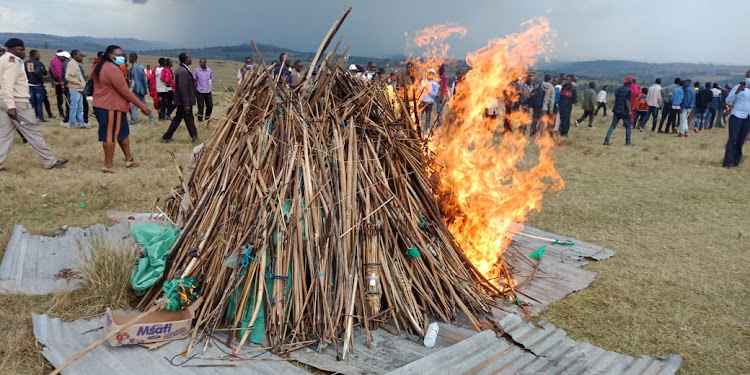 The government destroyed 5,713 bows, arrows and spears in a bonfire on Monday to help restore peace in Narok South Subcounty.

The destruction was the climax of International Peace Day observations in Oleshapani area.

It's illegal to carry crude weapons in public and arms holders risk arrest and prosecution.

The weapons were surrendered by the Kipsigis and Maasai communities during the September month of countrywide amnesty for turning in weapons.

The observations were led by Narok county commissioner Evans Achoki. Present were MPs and senators, members of the National Cohesion and Integration Commission and Equal Opportunity committee who promoted peace between the often-warring communities.

“Burning these weapons is a clear indication that peace is returning and must be maintained," Achoki said.

He cautioned people against inciting the two communities against each other, saying they will be arrested. 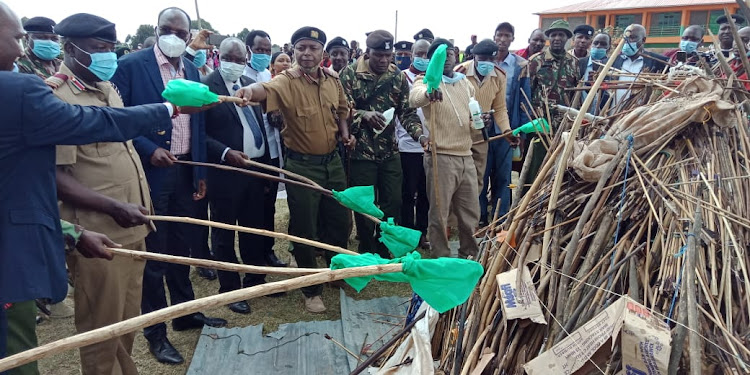 Lemein urged youths not to be exploited by politicians to cause violence but instead engage in meaningful projects to improve their livelihoods.

“Youths should take advantage of technical institutes available by enrolling in courses to help them become self-sufficient. The government is ready to pay Sh30,000 for everyone enrolled," the MP said.

Narok Governor Samuel Tunai, in a speech read by Nirimo, said his administration is working  with the county commissioner to pursue and sustain peace between Narok county and its neighbours.

“We will be united in our common interests. We want unity, peace, security and economic prosperity by restoring the legacy of brotherhood. It's never worth spilling the blood of any human being through conflicts that can be resolved when we work together," Tunai said.

He called on Kenyans to forget tribal quarrels, which exhaust them and cause them to be despised locally and internationally.

“Let us have faith in one another and renew our beliefs in family, friends, faith and future. We must not allow ourselves to be consumed by our petty differences, or to be misguided to think violence can help us resolve any differences,” the governor said.

NCIC commissioner Kona called for political tolerance ahead of the 2022 polls. He said MPs should draft a law ensuring politicians who incite residents are barred from seeking election. 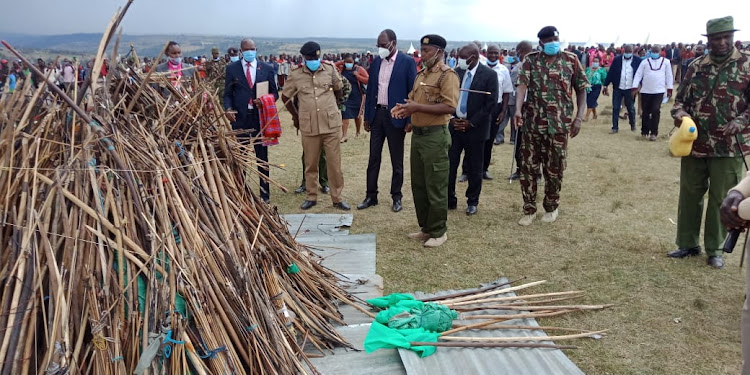