Turkana disaster fears as Turkwel dam threatens to spill over 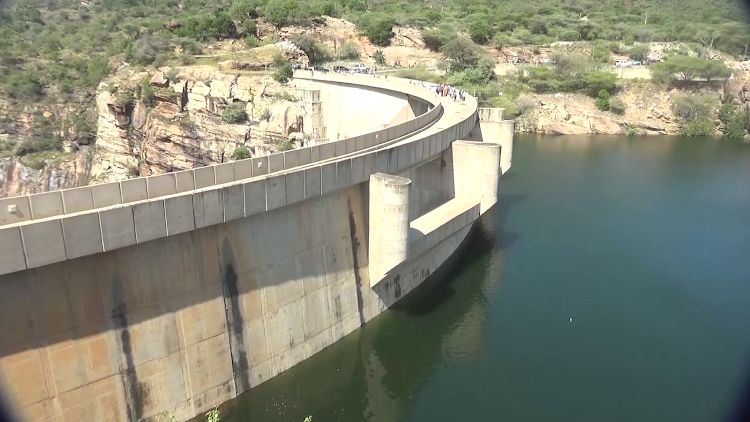 Water levels in Turkwel dam have risen with only 3.61 metres remaining before it spills over.
Image: HESBORN ETYANG 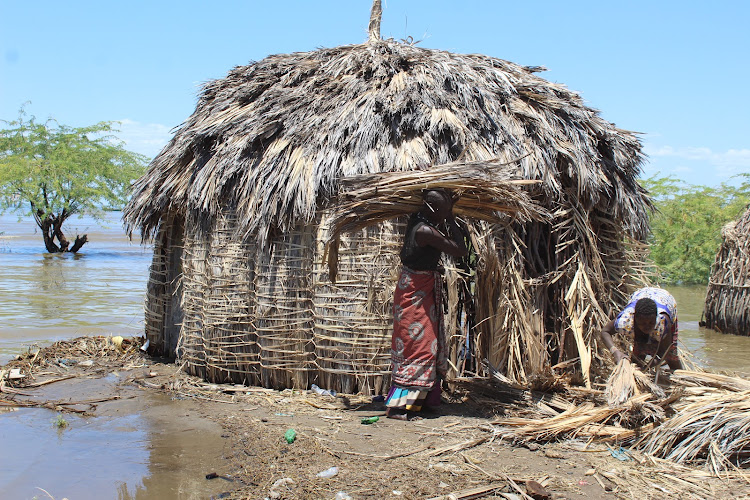 Fear has gripped residents of Turkana following reports that the Turkwel dam is about to spill over.

An estimated 300,000 people living along the river basin are likely to be uprooted from their homes and millions of shillings worth of property destroyed.

Turkwel dam is located between Turkana and West Pokot counties. It has a capacity of 1.6 billion m3 and covers an area of 16,061 acres. The dam is Kenya's highest at 1,150 metres and produces 106MW of electricity.

Since its commissioning in 1991, the dam has never reached its 1,150 metres height.

But on Wednesday water levels rose to 1,146.39 metres. Only 3.61 metres remain before it begins to spill over.

Ongoing rains in Mt Elgon and Cherang'any Hills catchments have filled the dam to its highest ever level.

Nanok said the flooding will hurt the economy of Lodwar town and other trading centres along the Turkwel River and increase water-borne diseases.

“It will also cause damage to irrigation schemes and infrastructure. Lodwar town is also at risk of being submerged if the spillage occurs. It will lead to loss of lives and livelihoods, property and destruction of the environment,” he said.

He said his and the national government are working with development partners on measures to protect human life, property, environment and alleviate suffering in the event of spillage.

But the disaster coordination team assessing areas along the Turkwel River have dispelled fears of possible flooding.

They said reports of flooding were a ploy by residents to abandon their lands.

Community preparedness is critical to reducing losses in case of a disaster, the team said.

They mapped the area and collected information which will inform the preparation of a contingency plan.

He said KenGen was working to reduce water levels through two turbines, each discharging 17m3 of water per second.

The dam's structure is fitted with technology to monitor its integrity including deflections of the arc, hydrological and geological activities.

Turkwel dam's spillover could worsen the situation for residents as flooding from heavy rains in the region have raised Lake Turkana's water levels from 500 metres to 800 metres.

Beaches, hotels, homes and government offices are under water while thousands of people have been displaced. Fishermen and traders are counting heavy losses.

Jacob Etoot, a fisher and resident of Kalokol, said many are afraid for their lives and have abandoned fishing.

He said the surging lake and the imminent spilling of Turkwel dam could leave many people living around the lake marooned.

“We have not been given enough information about the (possible) catastrophe. The lake is surging and we have not been told by the government where to go,” he said.

He added, “They only say to move to upper grounds to avoid the flooding. We depend on the Lake for fishing activities to support our livelihoods.”

Etoot said that his homesteads along the shores of the lake, boats and fishing nets have been submerged.

Peter Ekatorot, a fisher, said he doesn't go fishing anymore. He now hunts game for food. The spilling of Turkwel dam might shatter their livelihoods forever, he said.