THEIR DAYS ARE NUMBERED

Says the government will introduce weigh bridges in Narok to clamp down on overloaded trucks that damage roads. 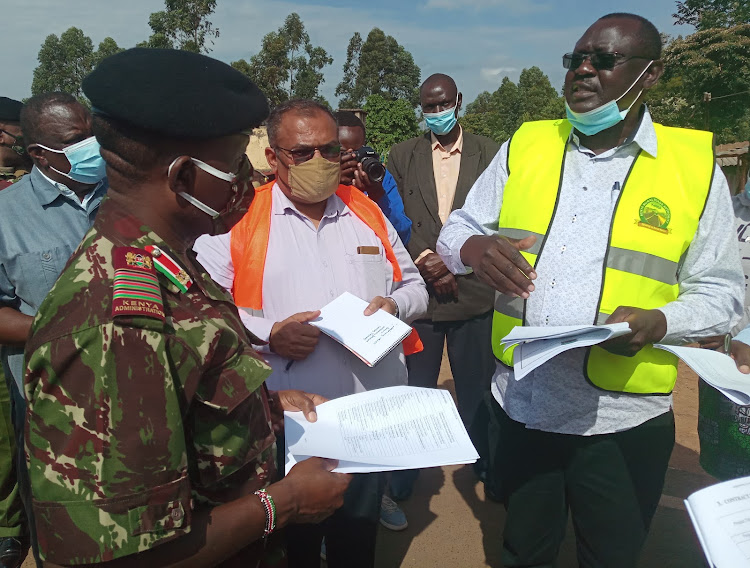 Natembeya said the dealers have been vandalising infrastructure put up by the government when scavenging for scrap metal.

The roads are being upgraded to bitumen standard by Kenya Rural Roads Authority.

Parbat Sayini Construction and Elite Earthmovers JV are working on the roads.

“These traders target metal bars along the roads which are used to show road signs and reflectors. We are telling these people that their days are numbered,” Natembeya said.

He urged Kenyans to be vigilant on those destroying road signs, saying most of the unscrupulous dealers use residents to conduct their illegal businesses.

“When they remove road signs and guard rails, they put at risk the lives of motorists as that can lead to road accidents,” Natembeya said.

The administrator said the government will introduce mobile weighbridges in Narok county to clamp down on overloaded trucks that damage roads.

Only lorries that comply with laws will be allowed to use the roads, he said.

Natembeya said that most roads are low-volume and trucks over 10 tons are not allowed to use the roads.

“The purpose of weighbridges is to achieve efficient and effective control of overloading as a basis for reducing the accelerated deterioration of road networks,” Natembeya said.

He said Transmara West was notorious as overloaded trucks and tractors carrying cane to sugar factories use the roads.

Musindayi urged the truck drivers to be careful and avoid overloading, saying it has affected the state of roads.

“The damage caused to the roads by these heavy trucks forces the contractor to redo the work he has already completed. We need to be vigilant as the government has used a lot of money in improving our roads,” Musindayi said.

The government has been urged to implement the Scrap Metal Act, 2015 to end illegal exportation of materials. Associated Battery Manufacturer ...
News
4 years ago
by KIPLANGAT KIRUI Correspondent
Rift Valley
27 August 2020 - 22:00