30,000 Ogieks likely to be homeless after evictions

• Aim is to reclaim and protect water resources over 57,000 acres degraded by human habitation and activities.

• Most residents said they were resigned to losing their homes but complained they had received no notice and were not told where to go. 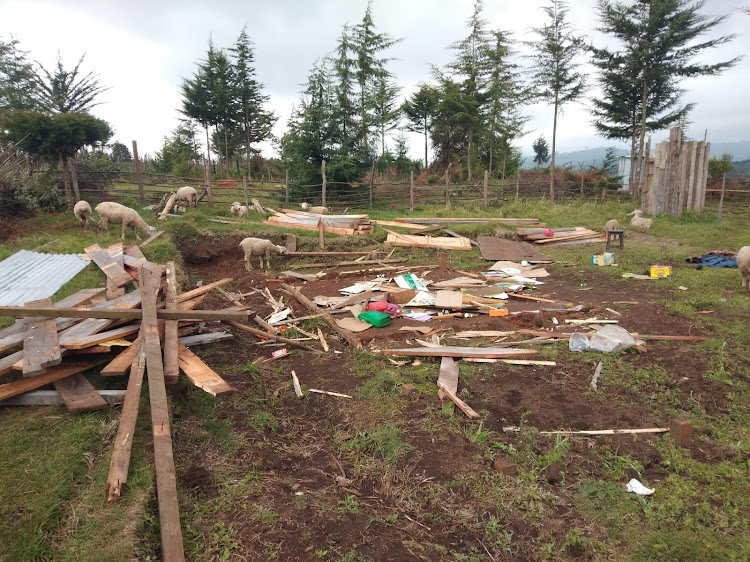 As many as 30,000 Ogiek families in Marioshoni and Nessuit wards of Nakuru county are living in fear of ongoing Kenya Forest Service evictions.

Rangers are carrying out evictions and house demolitions to reclaim and protect water resources degraded by human habitation and activities. The area covers about 57,000 acres.

Speaking to the Star on Wednesday night, nominated MCA Benazir Busienei condemned how the evictions were being carried out. She said families were not given any notice.

"It is unfortunate elders, children, women and the sick have been rendered homeless in an impromptu eviction. We couldn't have resisted the process but we only wanted notice and to be told where to relocate,” Busienei said.

When reached for comment, area chief Cosmas Saibala said he was not authorised to speak on the matter.

Resident Catherine Chepkoech, who was born in the area 35 years ago, asked why the government was able to kick them out of their homes.

"We have been living here for years and if there are people who have passed the cut-line, they should be removed but those living legally be left alone,” she said.

She said it was wrong for KFS rangers to go beyond the cut-line to evict residents in “genuine areas” such Kiptunga, Kaprop and Marioshoni Centre.

Kitiro and Kiptunga sublocations down to Elburgo Shopping Centre have been affected by the evictions aimed at reclaiming as many as 57,000 acres.

Some have sold lands, claim  space in government forests ... We will soon kick you out to protect water sources.

She said while the government is struggling to protect the water tower, it should not subject thousands of lives, including vulnerable people, to danger without coming up with safety measures.

“We don't oppose the process in any way. We only want to be told where to go and where our wives and children will shelter," she added.

A few weeks ago during a peace meeting with Kalenjin and Maasai communities in Njoro, Rift Valley regional commissioner George Natembeya accused some members of the Ogiek community of selling their land.

He also said they invade government forests and claim they are a forest-dwelling community.

"Some of you have sold their lands, then claim more space to reside in government forests. We know you have sold your own parcels of land and we will soon kick you out to protect water sources," Natembeya said.

Nominated MCA Mourine Lesingo appealed for humanitarian assistance to help vulnerable women and children who are now homeless during the Covid-19 pandemic.