Boy loses both legs in blast at GSU firing range

Joshua Senteyo was driving goats with two friends when a bomb exploded, one boy died one instantly

• Senteyo lost both legs in the accident at Magadi's GSU ordnance and field training range in Kajiado.

• His widowed mother, Faith Sitat, has been threatened with eviction for nonpayment of rent in Ngara. Then she won't bve able to visit her son at KNH daily.

by KURGAT MARINDANY Correspondent
sponsored by THE STAR KENYA None
Rift Valley
05 July 2020 - 22:00 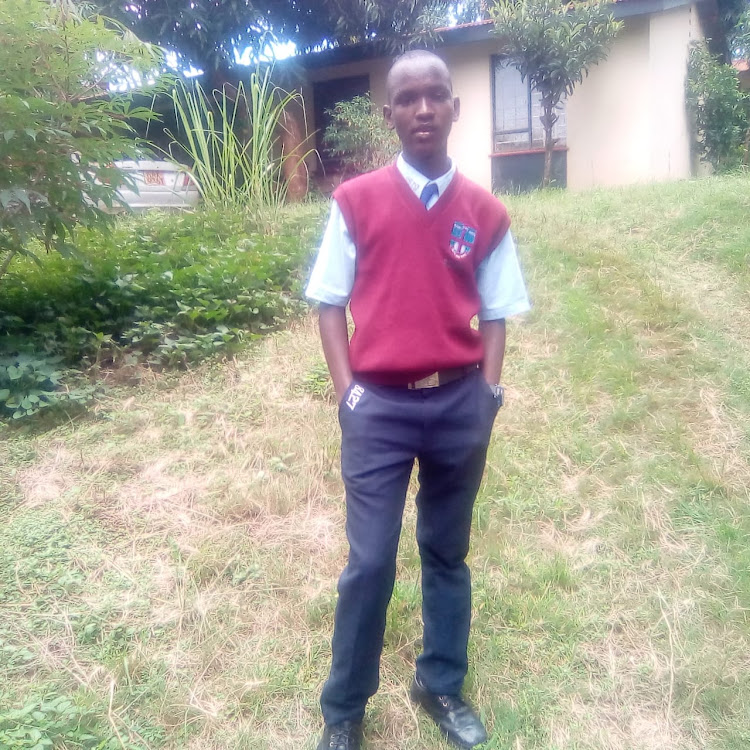 Joshua Senteyo had just taken tea and ugali leftovers on a sunny Saturday last month when his grandfather told him to drive their goats to Magadi in Kajiado county.

The 15-year-old straight-A student and member of his school swimming club is lucky to be alive. He's unlikely to swim again.

One of his two young friends died on June 20 during what should have been a simple 25km journey from their home in Kamukuru area to Lenturume area.

Their grandfather told them to take a shortcut.

It passed through a GSU firing and ordnance training range, but the boys didn’t know that.

Senteyo, a Form 3 student at Kiambu High School, who had been confined at home due to the Covid-19 pandemic, was thrilled to get outside.

Tipanko came across a heavy green metal object shaped like a missile, maybe a grenade or the tip of some weapon. He handed it to Senteyo.

Senteyo had no idea what it was but perhaps sensing danger he threw it away from the path so Lenana, who was behind him, could not pick it.

He threw it into the shrubs five metres away, then the device blew up, killing Tipanko and four goats.

“I heard the blast and the next thing I saw was myself on the ground without my lower limbs,” Senteyo told the Star from his bed at Kenyatta National Hospital. He had been airlifted there by the GSU.

“Timpanko lay dead next to goats killed by shrapnel from the bomb,” Senteyo said.

That is how the day’s journey was cut short.

Both of Senteyo’s legs were amputated. He will be fitted with prosthetic limbs.

“They have told me I will walk again,” he said.

“A wheelchair is out of the question at school and home. We live in a stony area in Magadi where you never see a bicycle,” Senteyo said with a slight smile.

He doesn’t think he will ever be able to swim again.

“What I am confident of is that my brains are intact. I have been scoring ‘As’ ever since I joined Form 1 and I am determined to do even better in future national examinations,” Senteyo said.

His mother, Faith Sitat, is an unemployed widow. She depends on selling goats left by her husband to educate her children.

“After this incident, I was grateful to the senior GSU officers who saved my son. They took him to hospital and even provided a vehicle that used to take me to KNH daily to see my son,” she said.

Two weeks later, Sitat said, the GSU no longer transports her to Nairobi.

“I have to struggle and ensure I give comfort to my son at the hospital, but travelling from Magadi to the city every day is costly,” Sitat said.

“He still needs me. He needs counselling and I am there for him. But my house in ngara is being given away because I have no money for rent,” she said.

The house in Ngara, Nairobi, was rented by her eldest son and another man. The two had provided Sitat a place to sleep after checking on her son at KNH.

They haven’t paid rent in three months, she said.

Other cases involve people killed or injured after they came in contact with GSU military devices.

On March 9, 2006, two police officers were killed and seven others were seriously injured. They were receiving training in handling explosives. 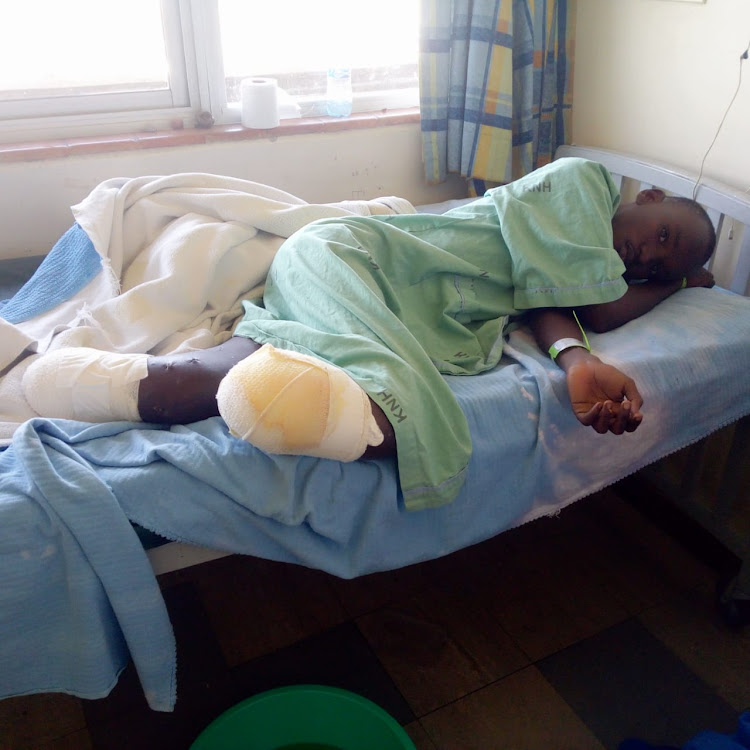 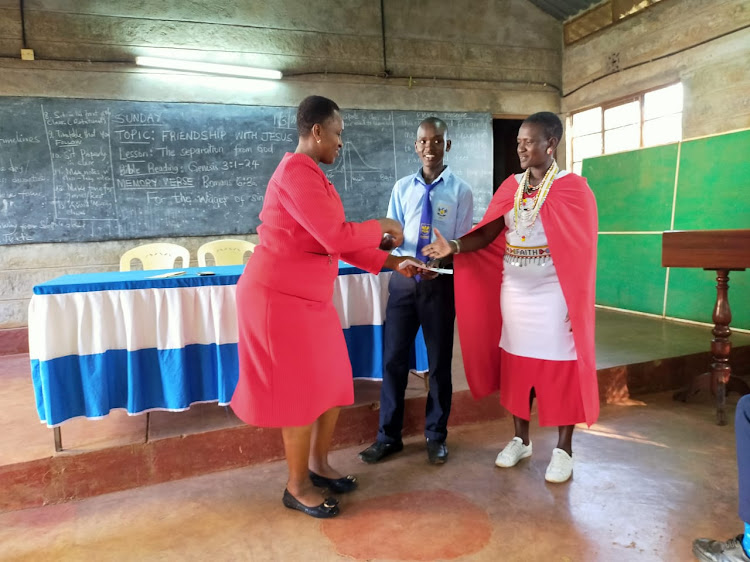