• The EU has threatened to cancel the funding on September 20 if the government does not resolve a row with the Sengwer community over territory and human rights violations.

• However, representatives of the community insist they are ready to have the funding cancelled as long as they retain their ancestral rights. 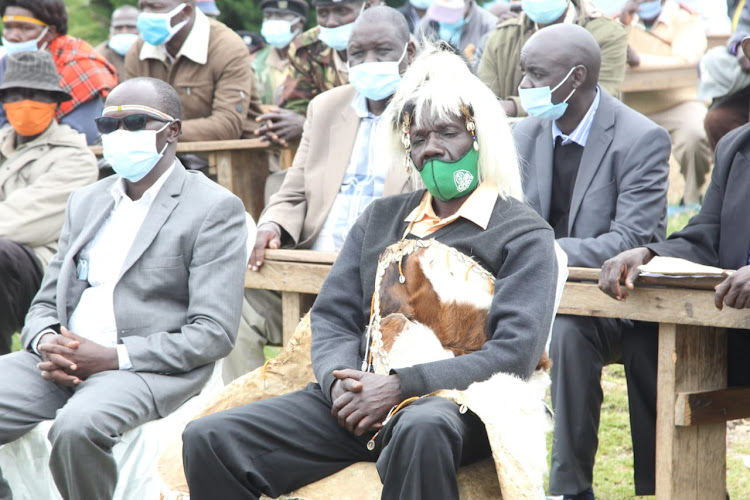 The Sengwer community refuses to vacate Embobut Forest which they call their ancestral home, even if the EU cancels Sh3.5 billion for conservation in the North Rift.

They demand at least seven glades if the programme is to continue and punishment of human rights violators.

They have said they don't care if the funding is cancelled as long as they retain their ancestral rights.

The EU has threatened to cancel the funding if the government does not resolve a row with the Sengwer community over territory and human rights violations.

More than 24,700 acres of the forest have been degraded by human activities.

The financing was suspended two years ago after the Sengwer community wrote a petition to EU protesting against human rights violations meted out against them during evictions to pave way for conservation.

EU envoy to Kenya Simon Mordue said last week they have given the government and the communities until September 20 to resolve the issues. Otherwise, funds will revert to the EU.

"The funds will expire and be used for other programmes, including helping member countries combat Covid-19, Mordue said.

He said the Embobut impasse had hampered roll-out of the programme to 10 counties in Kenya. He spoke last Friday when he led an EU team to assess progress in the area. Elgeyo Marakwet Governor Alex Tolgos joined them.

Sengwer Elders Chairman Paul Kiptuga insisted the community be given seven forest glades if the conservation programme is to proceed.

“We are opposed to the EU conservation programme in the forest because past efforts were used by the Kenya Forest Service to mete out human rights violations against our people," he said.

He said some people were killed in past evictions, others maimed and property destroyed.

Elder Luka Kiraton said on Tuesday that KFS had continued to disregard their role in forest conservation.

“They have turned a deaf ear yet we can agree to blend our traditional knowledge and their scientific knowledge to conserve the forest," Kiraton said.

Johnstone Labore, a former chief and a representative of the Marakwet Community, said Embobut has seven natural glades that belonged to clans.

The communities handed over submissions to the EU delegation.

On Tuesday communities told the Star they were ready to negotiate over conservation but not at the expense of their ancestral rights.

"This conservation programme was intended to be a model worldwide and was meant to pave the way for programmes in 10 counties in Kenya," EU envoy Mordue said.

He said the funds can greatly help to conserve the forest and assist communities and called resolution urgent.

Mordue said the EU insists on a commitment that no human rights violations would take place as the programme is implemented.

The EU also wants perpetrators of past killings, injuries and destruction of property during evictions in the forest to be punished.

"I know all these issues may not be addressed given the little time left but we can put in place processes to address them," the envoy said.

The meeting was convened to resolve the stand-off to pave way for restoration of over 24,700 acres that have been degraded through human activities.

Governor Alex Tolgos has called for home-grown solutions and expressed optimism the communities would come up with a roadmap.

MP Kangogo Bowen has proposed the government degazettes part of the forest to settle indigenous communities and those living along escarpments prone to mudslides.