Police said the suspects were behind a spate of armed livestock theft in the region. 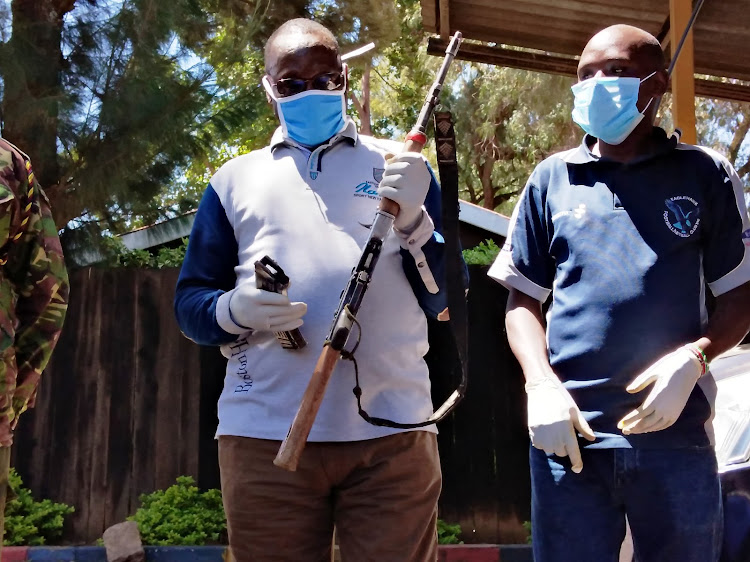 Police in Laikipia county on Sunday dawn gunned down three suspected cattle rustlers and recovered three AK47 rifles from them.

Police said the suspects were behind a spate of armed livestock theft in the region.

Area police commander Maxwell Nyaema said the three were cornered at Ole Naishu area after they raided a homestead in Umande village at around 2.30am in Laikipia East subcounty and stole 24 cows. They were intercepted heading towards Laikipia North subcounty.

"We got information that this gang had raided the village and had driven away the livestock. We dispatched two groups of anti-stock theft officers and eventually cornered them at Ole Naishu area," Nyaema told reporters at his Nanyuki town office.

He said the dead suspects were young men aged between 22 to 26 years.

The county commander added that the suspected rustlers resisted arrest and engaged the officers in a shootout that resulted in the three being killed and one officer injured.

"During the operation, three of the suspects were gunned down. Unfortunately, one of our officers was slightly injured but we managed to stop them and recover the livestock," Nyaema said.

The county commander said in addition to the three AK47 assault rifles, they recovered 62 bullets, two machetes and a mobile phone. Investigators will use data from the phone to trace their accomplices.

"We're already zeroing in on cattle rustlers in Laikipia and this is the first breakthrough. Soon another major bust is coming," he said.

Nyaema further said his officers were in pursuit of local criminals believed to be holding illegal guns used in livestock theft in the vast county.