Four men raided a home in Makindu and fled with animals towards Kajiado.

• The animals were abandoned in the bush as the rustlers fled.

• The police are searching for the rustlers.

by KURGAT MARINDANY Correspondent
sponsored by THE STAR KENYA None
Rift Valley
18 May 2020 - 22:00 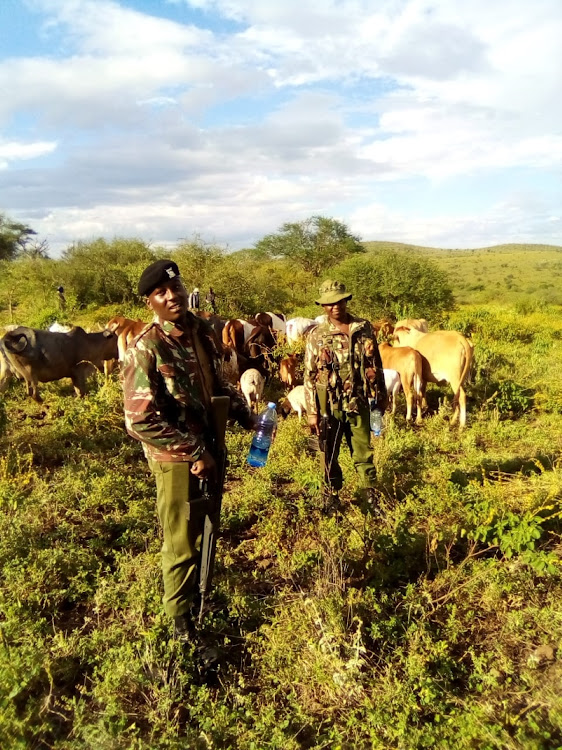 Security agencies in Kajiado county have recovered livestock stolen from the Mikururo area of Makueni county on Friday night.

Nyakundi, who spoke to the Star on Sunday morning, said the livestock were driven off by rustlers at night when the owners were asleep.

"After leaving Mikururo in Makindu subcounty, they drove the livestock towards Kajiado. On arriving in Merrueshi, it appears they noticed they were being followed,” Nyakundi said.

The DCC said after abandoning the livestock in the thicket, the rustlers fled. He said security officers caught up with the animals and returned them to Makindu.

The administrator said he was informed of the theft by officers in Makindu where a complaint was lodged.

“We are now pursuing the suspects said to be one old man and three young men. Our men are on the ground as others are now on their way to deliver the stolen livestock to the owner,” Nyakundi said.

STAR COMMUNITY POLICY AND PARTICIPATION GUIDELINES
by KURGAT MARINDANY Correspondent
sponsored by THE STAR KENYA None
Rift Valley
18 May 2020 - 22:00