40,000 Laikipia families to get relief food

Household data being verified to establish need before distribuiton begins

•The county government of Laikipia on Tuesday started verifying data of about 40,000 households meant to benefit with relief food during this period of Covid-19 infections.

• Beneficiaries will include families already vulnerable before the coronavirus outbreak, those directly affected by the outbreak and those that have lost jobs because of the economic downturn due to the virus. 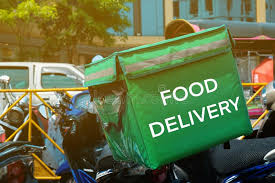 The Laikipia county government on Tuesday started verifying the data of 40,000 households expected to benefit from relief food as coronavirus control measures have slashed their income or left them penniless.

“We want to limit relief food to households that were vulnerable before the disease outbreak, those directly affected by the outbreak and those that have lost jobs," Governor Ndiritu Muriithi said.

He said data from last year's National Census and information from community health volunteers are being verified by chiefs, their assistants and village elders.

Last week, the governor announced the county will provide food rations for two months to about 40,000 households at a cost of Sh264.5 million.

The relief food is provided for in the county's supplementary budget of Sh742 million, expected to be approved by the assembly this week.

Beneficiaries will include those who were already poor and struggled to put food on the table, those on daily wages, those in sales, labour, masons, hustle-kinyozi, mama mboga, miraa growers, makanga and mama nguo

The food will be distributed through millers, wholesalers, supermarkets and local shops through chiefs, ward administrators and community health volunteers.

Murithi said Sh80 million has been injected into the health system. Sh55 million is for immediate completion of space for 240 beds in the Nanyuki and Nyahururu hospitals. Sh25 million is to support urgent recurrent needs within departments.

The governor said that to help keep medium, small and micro enterprises afloat, Sh96 million has been set aside within the Cooperative Revolving Fund to cushion business people. Loans will be available at three per cent interest.

He also announced salary cuts of 10 to 30 per cent for county officers to release more cash to limit the spread of the coronavirus.

Muriithi said the virus and fear of it have hurt floriculture, manufacturing, travel, trade and other sectors.

Post a comment
WATCH: The latest videos from the Star
by ELIUD WAITHAKA
Rift Valley
21 April 2020 - 22:00
Read The E-Paper